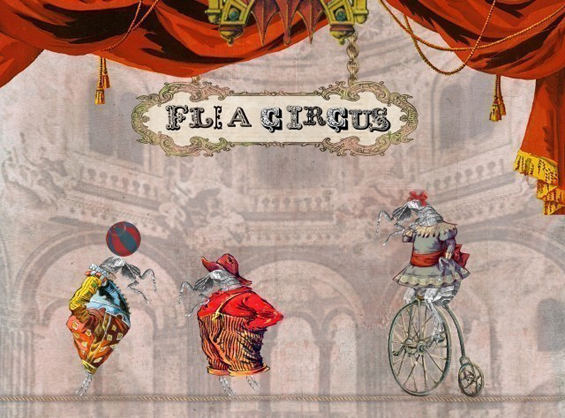 It’s been well documented that Europe has had a prolonged winter but the cold has severely impacted insect life as well it seems.

An entire troupe of performing fleas has fallen victim to the freezing temperatures currently gripping Germany.

Flea circus director Robert Birk says he was shocked to find all of his 300 fleas dead inside their transport box yesterday morning.

The circus immediately scrambled to find and train a new batch so it could fulfill its engagements at an open-air fair in Frankfurt.

Michael Faber, who organizes the fair, said  that an insect expert at a nearby university was able to provide 50 fleas in time for the first show Sunday.

Faber says he hopes they’ll “get through this without any more fatalities.”

Birk said it was the first time his circus had lost all of its fleas to the cold in one go but it was still better than having a flea in your ear!