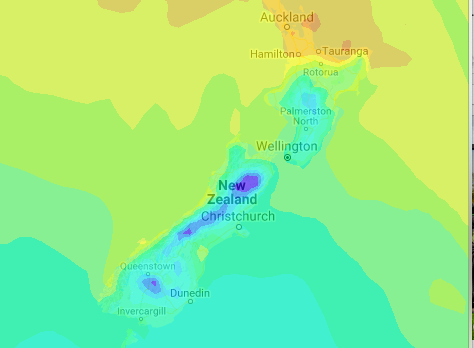 As WeatherWatch.co.nz forecast yesterday a colder change arrives this Friday and may be enhanced further over the weekend depending on what specifically unfolds in the New Zealand area. Either way, the data supports temperatures dropping significantly this weekend, some may have daytime highs down 20 degrees on where they were in recent weeks.

WeatherWatch.co.nz says it’s all being influenced by a large high over Tasmania. This weekend that high is expected to change shape, creating a taller (instead of wider) high pressure system over Tasmania that stretches more north to south. This shift means the airflow travelling around the high gets pushed further south over the Southern Ocean and then dredged up over New Zealand. If a new low suddenly deepens on Sunday/Monday in the New Zealand area this could enhance the southerly even more.

But the southerly may not affect all – with so many moving parts it’s likely northern NZ won’t be so impacted, but overnight lows in the upper North Island look set to drop, from the low 20s for a time this week to around 12 and 13 by next Monday in Auckland, for example. For many this will make sleeping easier, but will make for cooler starts to the day early next week for a time.

This Sunday and Monday daytime highs around a large portion of Southland, Otago and Canterbury will be just 11 to 14 degrees at the hottest part of the day. In recent weeks these places have highs int he low 30s at times.

WeatherWatch.co.nz says warmth does return next week as high pressure builds and nor’westers blow back in.

WHAT A DIFFERENCE…
4PM THIS WEDNESDAY COMPARED TO 4PM NEXT MONDAY: 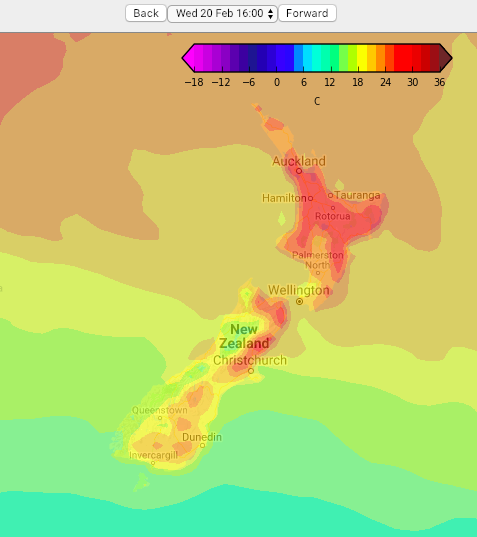 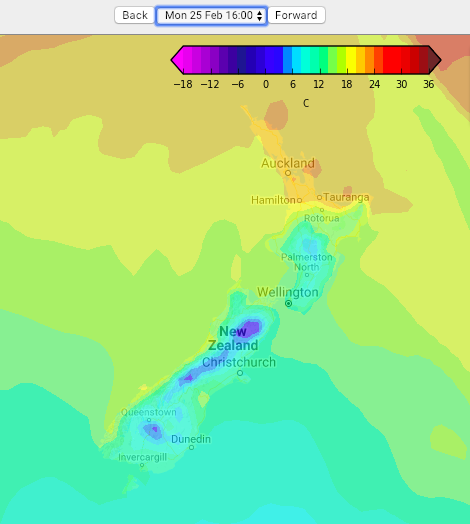