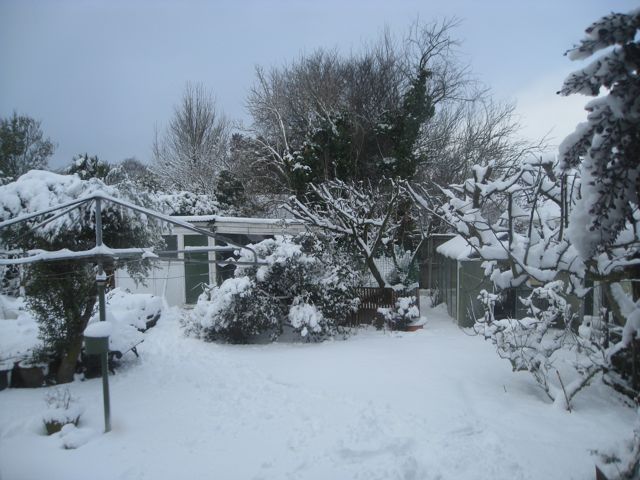 Queen’s Birthday Weekend it seems will escape any severe weather but hot on the heels of it the weather is set to turn pear-shaped.

A biting southerly is set to make its way across the South Island on Tuesday and overnight Tuesday and into Wedneday with rain along the West Coast delivering some localised heavy downpours and a polar southerly over southern and eastern districts of the Mainland should see the first decent snow of the season.

Low level snow is likely however whether is makes it to sea level is still up for debate.

“The air certainly looks very cold but whether it’s enough for Dunedin, Christchurch and Timaru to see a coating is a 50/50 call,” says weather analyst Richard Green.” There’s no doubt that inland areas could cop a pasting especially about the foothills but coastal areas may see flurries from time to time, though whether it settles is still a big call” Green says.

Temperatures will fall below zero when the windchill is taken into account and daytime highs late on Tuesday and over Wednesday aren’t expected to climb much more than six or seven degrees from Kaikoura down to Invercargill.

The bleak change isn’t expected to hang around for very long across the south however rain across the North Island is expected throughout part of Tuesday, into Wednesday and some of Thursday.

Story and pic by R.Green

I am actually wanting to know where the clear skies are likely to be in the South Island 10am – 5pm on Wednesday 6 June. An also which roads are likely to be snow-affected. I need to be able to travel somewhere within 3-4 hours road travel distance from Christchurch to observe the Transit of Venus. This is a once in a life-time chance, and I don’t want to miss out. Thanks.

A clearance is pssible over inland areas of Otago and Southand on Wednesday in regards to those times.There aren’t any guarantees but there could be a clearance there for a time. Good luck.

For places like Otago (coastal) are we more or less likely to see snow with the westerly pattern or an easterly pattern? I remember Canterbury in 92 it seemed very easterly – but does the same hold true for coastal Otago? Would definitely love an early dumping of the white stuff!

A sou’ wester or southerly can deliver snow but the odd westerly could carry moisture but often dries about before hitting Dunedin and doesn’t tend to bring snow.

Easterlies can bring in cloud and very cold conditions with drizzle or rain and infrequently snow. Moreso a sou’ easter could deliver the white stuff.

Any idea of how much snow we will get between Fairlie and Geraldine?
i see metservice have warnings for areas north of the rangitata river but what about south of it?

This area looks like it may get decent falls but still a 50/50 call.

As it is slighty south of a very moist south to sou’ east flow it may not get as much as the northern neighbours.

Do you think there will be much if any snow in Queenstown, ie enough to close Airport on Wednesday?

At this stage Queenstown should be fairly clear by Wednesday however Thursday and Friday could see a return of rain and snow.

So you think it might snow on Tuesday in Town? Just trying to sort our travel plans and pretty keen to see some snow.

Looks like Queenstown could see Tuesday, Thursday and Friday with a mix of rain and snow at times.