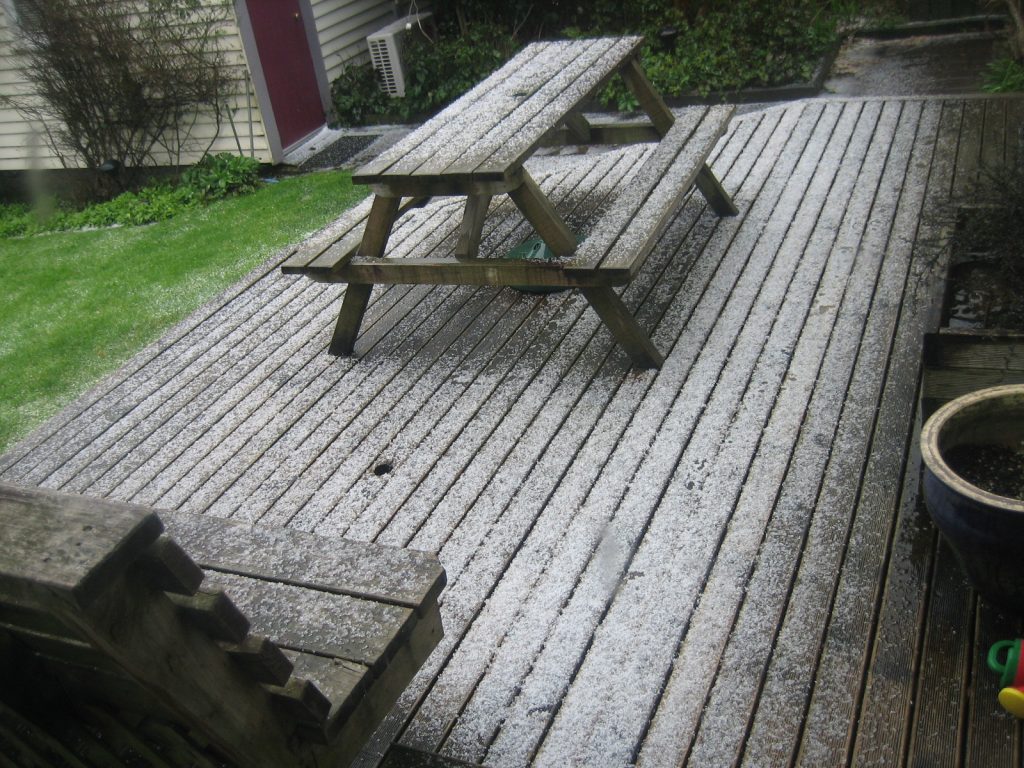 Across New Zealand over Wednesday and Thursdsay expect widespread hail showers as one burst of wintry showers after another heads northwards.

Caused by a large high over eastern Australia and a large low south east of New Zealand the two air pressure systems are working in tandem to dredge up the polar vortex around Antarctica and deposit that cold air over New Zealand.

“Each burst of showers will see temperatures drop further behind it – a bit like downward stairs, we drop a level with each band of heavy showers” says WeatherWatch.co.nz head weather analyst Philip Duncan.

“Wednesday and Thursday will be cold across all of New Zealand with plenty of heavy showers, many in the west and south will have hail and isolated thunderstorms will be in the mix too” says Mr Duncan.

WeatherWatch.co.nz says most of the hail will be small and shouldn’t cause too many headaches – but motorists and pedestrians are advised to take care in these short and sharp showers over the next two days.

“Often with wintry blasts the news media becomes very focused on snow in the hill country and mountains, but for most main centres snow won’t fall – however hail is likely acrosss many of New Zealand’s cities and towns from Wednesday morning to Friday morning”.