Winter kicks off in style 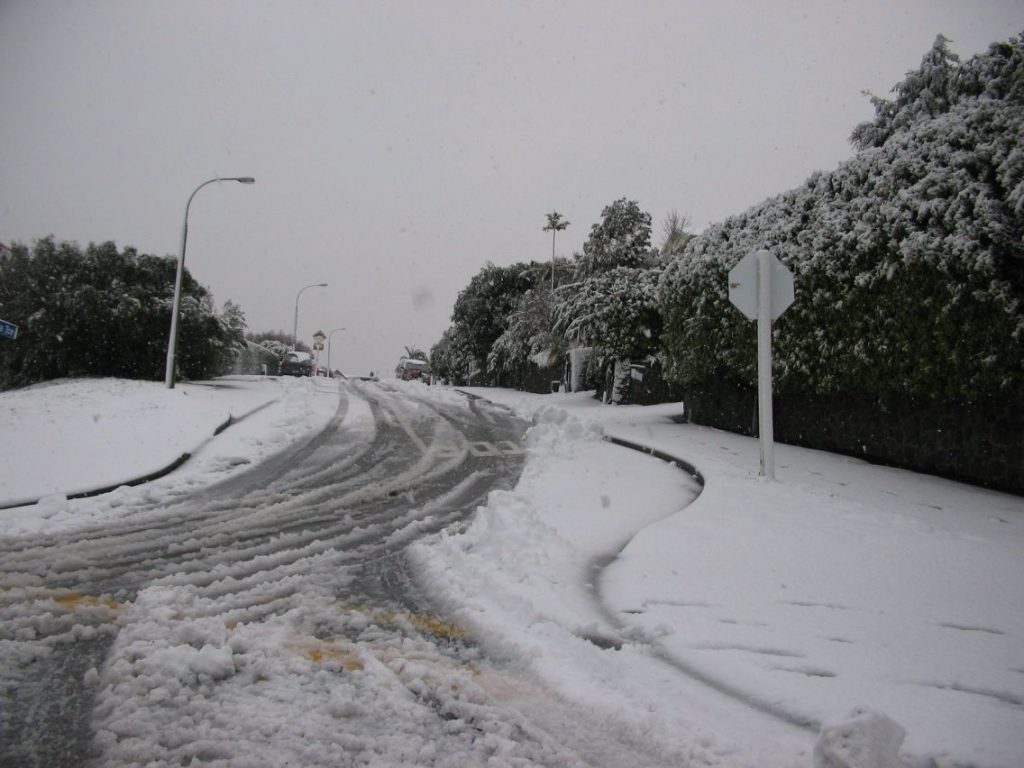 Today is officially the first day of winter and many New Zealanders have spent the night with heaters and fires burning as a blast of Antarctic air stuns North Islanders with snow to sea level.

While snow falls haven’t been heavy in most places up and down the country this long weekend snow has fallen in places not normally associated with the white stuff.  Wellington, Porirua, Upper Hutt and Napier have received light snow flurries over the past 12 to 24 hours with some WeatherWatch.co.nz readers describing them as brief but heavy.

Temperatures hovered around 1 and 2 degrees in Hastings and Napier bringing sleet and some light snow right into the city centres.

Snow also fell across the Kaimai and Coromandel ranges.  There was even a report of sleet and a light snow flurry in Palmerston North yesterday evening.

Head weather analyst Philip Duncan says while temperatures overnight weren’t exceptionally low the wind chill factor was.  “This added wind chill meant 5 degrees in Auckland felt much colder than a calm night with the same temperature.  In Wellington 6 degrees felt more like minus 5.  It’s the wind that makes this whole system feel so much colder”.

Mr Duncan says conditions were also perfect for snow to be falling on the Chatham Islands overnight.

Today sees showers easing along the nations east coast with strong southerlies also beginning to ease back.  Sunny weather should prevail in many inland, western and northern regions however the cold wind will mean another very cold day for most.

Travel conditions for holidaymakers returning home look more positive than they did last week with icy conditions easing in most places however WeatherWatch.co.nz advises black ice may be possible in sheltered regions after dark tonight.