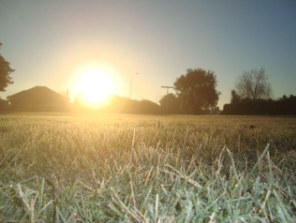 June 1st marks the start of winter in the Southern Hemisphere on the meteorological calendar and already people are asking us when the longer, sunnier days will arrive – so we thought this might be helpful to those who are looking for silver linings!

I don’t want to accept winter starts today.
That’s fine. You can go by the Astronomical dates for the seasons (based on the earth’s movements and tilts around the sun). If you go by this date we are still in Autumn for 3 more weeks and winter doesn’t start until June 21st.

If you live in northern New Zealand you can also argue that winter is barely 2 months long based on Mother Nature and plants, animal life etc.

When do the days start getting longer?
Well firstly the days are still getting shorter – in fact they will continue to shorten right up until the winter solstice which this year is on June 21st at precisely 4:24pm. For a few days around then the days are pretty much the same length but gradually as we head into July sunrise starts to creep in earlier and sunsets extend out. Most farmers who wake early tend to notice the slight changes later in July with most New Zealanders noticing the days are getting longer again by late July or the first week of August… or about 7 to 10 weeks from today. June 21st is the winter solstice – which is also the start of winter on the Astronomical calendar.

When does Spring start?
There are three starts to the seasons. 1) September 1st on the Meteorological calendar.  2) September 23rd on the astronomical calendar. 3) Depending on the weather patterns this winter, spring conditions can sometimes get underway in August. There is no official one to choose from.

Solar Winter ends around August 2nd
From generally around May 10th to August 2nd in 2017 the Southern Hemisphere is in the “Solar Winter” – the three months of the year with the least amount of available daily sunlight. This extends roughly 6 or several weeks either side of the shortest day which is on June 21st this year.

New Zealand’s coldest months are usually June, July and August but snow storms can occur from April through to October, sometimes even outside those months too.

With the added sunlight and slightly longer days once we get into August it can play tricks with our minds – giving the appearance that winter is finishing when, based on history, August can often be our coldest month of the year. But some years spring does kick off early in August – that depends a lot on the weather pattern locally over winter and the month of August itself though.

Either way, if you’re not a fan of winter you can possibly find some silver linings in the above. If you’re a skier and a big fan of winter, the above may also give you some ‘cup half full’ options too!