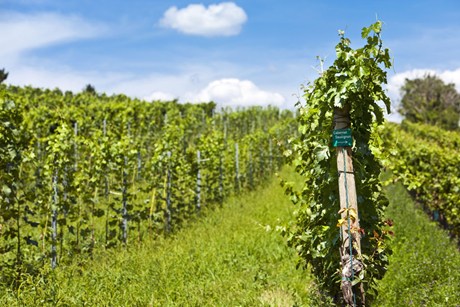 2012 wasn’t a great year in terms of wine production across Europe and the weather was one of the main factors.

Global wine production fell sharply last year due to bad weather in Europe and a recent policy to drain its “wine lakes”, while Chile and United States saw a jump in harvests, according to a report released this week.

The International Organisation of Vine and Wine (OIV) said world production was down around 6 per cent in 2012 at 251 million hectolitres (Mhl), a level it described as very low. European Union output fell 10 per cent to 141 Mhl, with France suffering a drop of nearly 17 per cent after a good harvest in 2011.

“We had a difficult year 2012, mainly because of a sharp drop in production, but trade flows mostly held stable,” OIV Director General Federico Castellucci told reporters, referring to total wine exports which were stable at 101 Mhl after a long-term upward trend.

The EU policy of digging up vines to end years of surpluses had lead to a reduction of 269,000 hectares between 2008 and 2011, well above the targeted 175,000 hectares, contributing to a recent rise in prices, Castellucci said. Rising consumption also helped push prices up.