Winds picking up in middle NZ 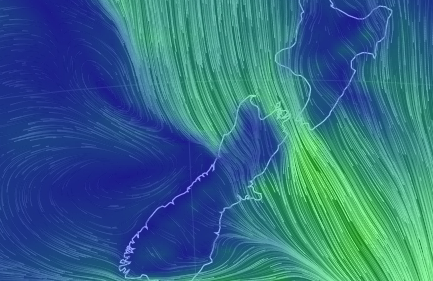 Winds are starting to pick up in Cook Strait and the cities and towns at either end – particularly Wellington and Nelson – as a result of a strong northwesterly airflow sitting above the centre of the country.

Nelson recorded sustained winds of more than 50km/h this morning at 8am, while Wellington is currently experiencing 65km/h wind gusts – nothing the capital isn’t used to, but probably the only real weather approaching notability this morning!

Winds are picked to die off into the afternoon though, with some intermittent heavy showers forecast for Buller and the Tasman District later on today.

No real weather of note?   25.8mm in two hours in Hokitika, 27 degrees i Kaikoura.  Not rare for April, but worthy of a mention.