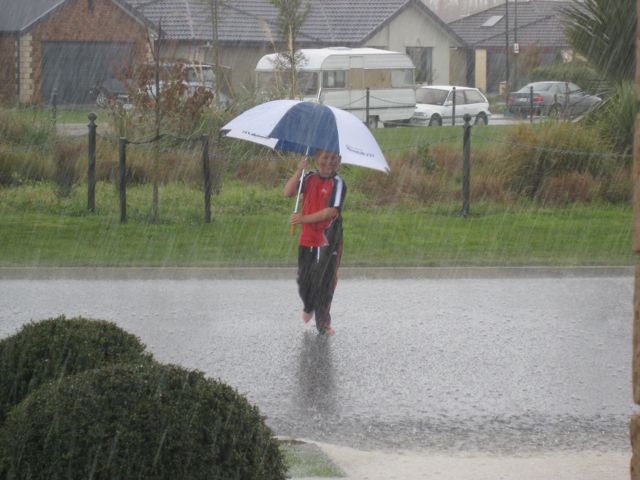 Nor’ westers gusting in excess of 100kph are being reported again this morning with many centres clocking in around 80kph.

Exposed parts of Northland and Auckland has seen winds peak above the 100kph mark and today those winds are expected to remain in the area and several wind warnings remain in force up and down the country.

Yesterday high winds and tornadoes were reported as angry skies pummelled much of the nation with heavy rain, hail and snow.

Temperatures remain near freezing point this morning in the south with alpine passes being hit hard by the snowy conditions and more is on the way.

” Invercargill has a reading of 2 degrees this morning with a strong westerly and combining the windchill factor in, it feels more like minus 4″ says Weather Analyst Richard Green.
Many ski fields are either on hold or closed in the south due to blustery conditions.

Wintry conditions are being felt almost across all regions but eastern areas remain the driest and mildest although some spillover rain from the divides are reaching across.

There are warnings for heavy rain for the West Coast, Tararua ranges and Mt Taranaki towards the central Plateau, heavy snow in the southwest of the South Island and severe northwest gales from Gisborne to Southland, including Canterbury and Wellington.

Weatherwatch.co.nz advises care is needed on many roads and highways, as strong winds and wintry conditions especially in western and southern regions, can make driving conditions hazardous.

Was windy and gusty about 4am with lightning frequent here(finally) and is almost dead calm here with odd fresh gust from NW since daybreak.

All we are getting here in Wellington is some wind and rain.. Wheres our Thunder !! Right now, 10:55am it is sunny and warm..

Hi there, Well in Te Puke this morning, the wind is back, and passing showers. We got to see some lighting last night, but it was to the SSW and a long way away.

With the current weather, do you think we could see some more action in the skys today/night? Are we set to get more wind? or has the worst now passed us by?

There’s been a cutoff point just north of Wellington – sun out fully again this morning. Fresh to strong NW, but nothing bothersome. A big contarst to the events on the Kapiti Coast yesterday.

Actually, Invercargill has has NNW winds most of the weekend and not as strong as forecast so far.