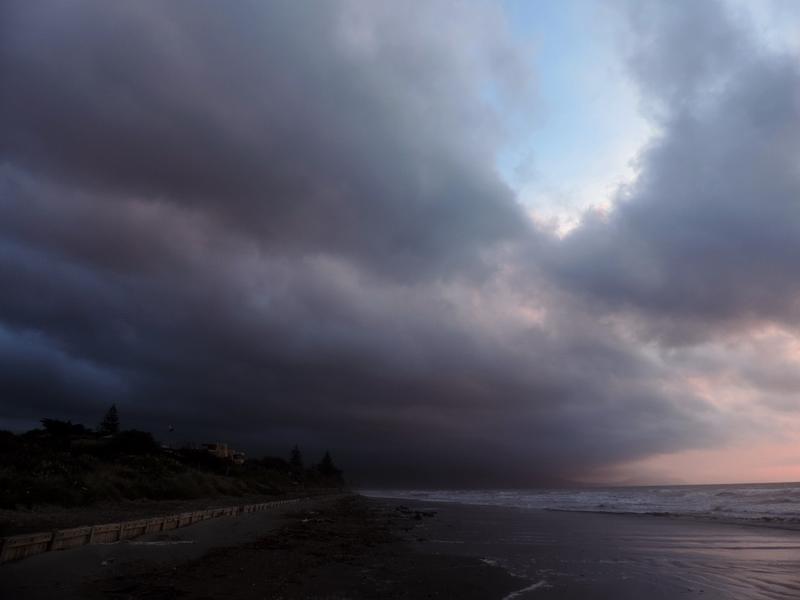 We have strong winds and the risk of gales for many parts of the country across Thursday, for both the North and South Islands.

A northward moving front is in place over the lower half of New Zealand, where winds will be strong from the west north-west quarter before this front moves through.
Gales are possible for many – especially inland areas in the east of the island.
During the afternoon, as this front moves through, winds will tend more to the south, gales are likely for coastal areas with this change.

As this change moves through Canterbury, showers should come with it – some of which could be heavy and bring hail too – there’s even the chance of a thunderstorm before both clear in the evening.
A few snow flurries may make it down to 400m in some parts of Canterbury in the evening, but by then showers will clear away.
The exception will be out on Banks Peninsula – where a few snow flurries will remain down to 300m or so.

Rain on the West Coast of the South Island will be heavy at times, before easing from afternoon.
Wintry showers move onto the lower South Island from morning – some of which may contain hail and the possiblility thunderstorms.
Snow will fall at first to 800m, before lowering in the evening, possibly right down to 200-100m.

For the North Island, it’s looking like gusty west-northwest winds in the morning from Taranaki southwards, then becoming strong in the afternoon.
Gales are possibly about coastal areas – especially in Cook Strait.
The East Coast of the North Island is likely to see strong winds from the afternoon, while winds may gust to gale especially about the Wairarapa.
In the evening, winds should tend more west-southwest, as that front moves through.
Winds will likely be strong but mainly near the coast.

Wellington could see a heavy shower with some hail as this change moves in early evening.
Northern Taranaki through to Auckland will likely see strong westerly winds in the afternoon – especially in the west – while winds out east will pick up in the afternoon also they will be a little less intense as out west.