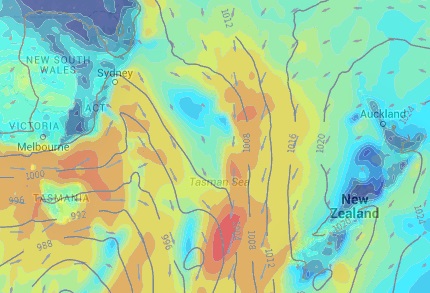 There’s not much of a risk for most of the country today, though northwesterlies will gust pretty strongly in parts of the South Island from afternoon.

Those northwesterlies will affect mainly inland or exposed South Island places, and strengthen from early afternoon – while Cook Strait may also see gale strength gusts later in the day too.

The Fiordland coastline will also get hit by the strong northeasterlies – which will gust to gale force at times on the coast – though the worst affected areas are mostly unpopulated.