Home > News > Will Auckland’s gloom be a regiona...

Will Auckland’s gloom be a regional boom this summer? 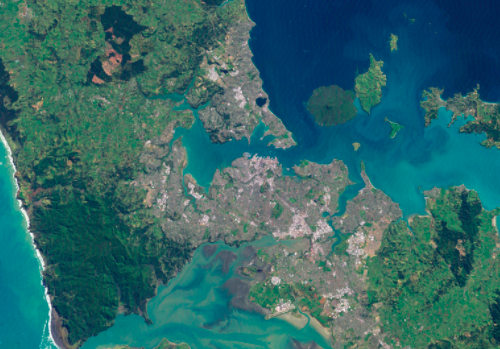 Whatever you do at the moment, don’t ask an Aucklander ‘How’s the weather?” – unless you’ve got time to listen to a rant and rave about how windy, gloomy, cold and wet it has been. Even on a lovely day like today, that sou’wester is still blowing.

In reality – there is a fair bit of truth to the moaning. While spring kicked off very mild and settled for the Auckland region the season has progressively become much wetter than average and certainly plenty of windy westerlies coming in off the Tasman Sea which aren’t overly warm.

In fact whether you live in Greymouth, New Plymouth or Auckland, chances are the same often-cool westerly quarter winds (heavily south-west) are blowing through. Unlike eastern areas which become hot with this windflow, the west coast can be as much as 10 degrees cooler than eastern cities at the same part of the afternoon.

With La Nina now in play Aucklanders can expect more cloud this summer, but it may still be a hot summer – especially when the upper North Island swings away from these spring west to south west winds and perhaps into more La Nina-like east to nor’east winds over summer (normally there’s an uptick in easterly winds with a La NIna event in New Zealand).

So the extra gloom may see Aucklanders heading further afield this summer for a sunny break. La Nina can produce very sunny hot summers inland in both islands (Taupo, Queenstown etc). It can also produce fantastic summer weather around Kapiti coast, Nelson and the West Coast and many western parts of the North Island …but south of Auckland.

Auckland’s long term summer forecast isn’t locked in, especially with La Nina only being classed as “weak” so it may not be a strong influencer of our weather, but La Nina events tend to create a bit more cloud and moisture in Auckland.

Either way there’s one thing we’re sure of – most Aucklanders don’t want the current weather pattern to continue through December and into January.