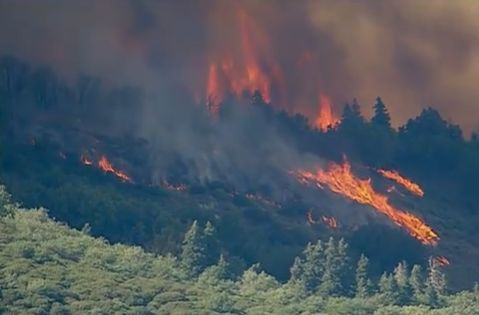 It’s already torched more than 55 square kms — and the massive mountain fire in southern California is nowhere near under control.

The blaze, near Idyllwild and Fern Valley, prompted an evacuation order for about 6,000 residents, fire officials said. More than 4,000 homes are threatened by the fire.

As of Thursday morning, the inferno was about 15% contained. It has burned 22,800 acres — up from the nearly 20,000 acres reported Wednesday night, officials said.

At least eight structures have been damaged or destroyed in the blaze.