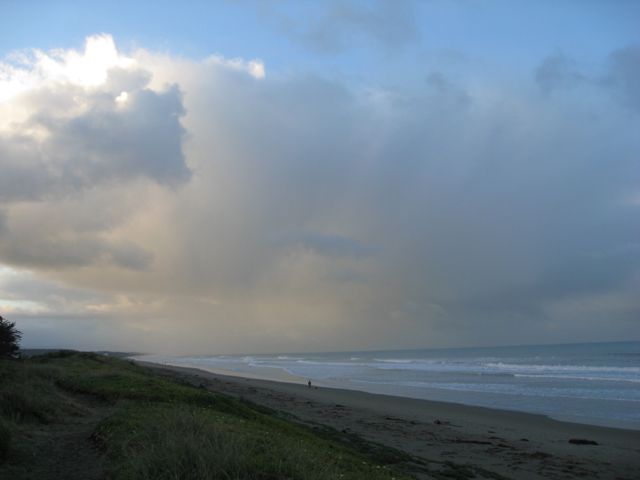 Squally conditions hit Auckland earlier this afternoon with a tornado touching down in Avondale.
Reports of minor damage to property with roofing material lifted and powerlines being downed have come in but also one report of lightning striking one home.

Elsewhere and winds are mainly blowing strongly from the north and east ahead of a colder southerly due to make landfall tomorrow over the South Island.

Reports have been coming in of steady rain falling and gusty winds at some stage today across much of the North Island, with the exception being a few eastern areas. Temperatures have remained on the high side in a number of regions as the north to north east winds have been drawing warmer temperatures further north of New Zealand.

Across much of the South Island, skies have generally been overcast but not as much rain has fallen compared to their northern neighbours.Parts of Westland and Fiordland were forecast to get some solid rainfall totals but much of the rain has been scattered up until this stage.

We just had a bit of weather action here in Meadowbank, clothes airer on the balcony, which was well sheltered from every direction except north (and even fairly well sheltered from north), almost got blown off the balcony.  Torrential downfall for a few minutes and now just heavy.  Even a rumble of thunder in the distance.