Wild, wet winter is a let-down for North 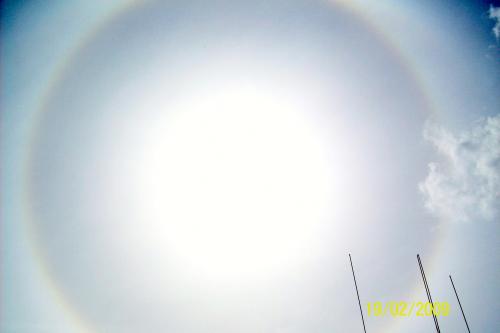 Philip Duncan writes a weekly column for the Herald on Sunday — This is my last column for this month and I’m going to make a prediction: June will be one of the warmest on record for New Zealand. Perhaps not the record-breaker that May was but certainly a warm month.

Even though La Nina has gone, the weather pattern that is typically associated with it has stayed, with plenty of big rain events, mild weather and north-easterlies.

Large highs remain in place south of Australia and are struggling to make their way eastwards to New Zealand. So Australia’s coldest winter in more than 40 years continues while our warmest winter also continues. The only thing we are sharing with our Australian neighbours is the ash cloud.

But the winterless winter seems to be upsetting more than just the ski-field operators. Many people I’ve spoken to dislike the mild, wet, weather. They would far prefer colder and crisper conditions.

“Now I know why we’re known as the Winterless North,” wrote Sherza Brown on WeatherWatch’s Facebook page. “Winter is depressing for me and my family because we don’t even have it up here anymore … it’s not even cold, go away hot weather.”

Sherza is right – the north is winterless this year. Recently, the Bay of Islands reached 21C with Auckland and other northern regions hitting 17C-19C most days this month.

It’s all because of the warm northerlies and frequent rain bands.

I still feel that the same conditions that are softening winter for New Zealand this year will soften its ending, too. But don’t become complacent. It just takes one big low to move in at the right angle and we could have a big southerly blast that could last a week, followed by a big high which could then bring in big frosts for another week or two after that.

To be honest, I’m more nervous about a spring snow storm – like we had last year. There are certainly some similarities between winter this year and last year. By this time last year, we had a fairly uneventful winter, too. But remember what that September snow storm did in Southland?

For now, though, fingers crossed that a southeast change next week will bring snow to the ski fields of both islands with a big high to kick off the start of July.

Pray tell, what is this?
“Philip Duncan writes a weekly column for the Herald on Sunday — This is my last column for this month and I’m going to make a prediction: June will be one of the warmest on record for New Zealand”.
I don’t call this a prediction at all as there are only 4 days left in June. WHAT A JOKE.
We are laughing at you.

wow…people are complaining that its not cold enough up north…unbelievable!!…. Im a pom and even I know its known as the “winterless north”…how fantastic would it be to live there!! My friends and family back in UK are so jealous that we can have such fantastic mild winters here…. believe me after years of enduring British winters…nah no way would I ever want to go back to that…. they last months and they seem to go on forever when you are there…. only last week my parents in UK had their heating on and complaining it was really cold… and look at the photos from Glastonbury haha…. so stop moaning about it being too mild and realise what a beautiful place we live in and get used to the mild weather up north as thats how it is…. jeez some people :O))