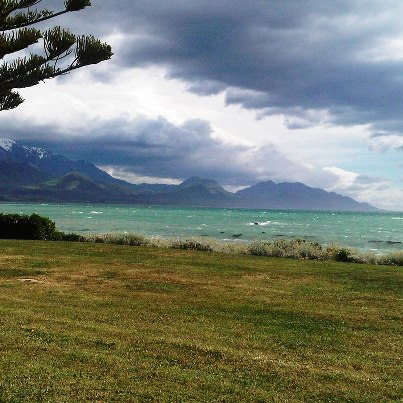 A small tornado or severe wind gusts have been reported hitting Kaikoura this morning. Damage has been limited but lifted a roof and downed powerlines. Power has also been cut to parts of the town affecting businesses and homes.There have been no reports of injuries at this stage.

Eyes are also on Lake Wakatipu this morning near Queenstown after rising half a metre in the last 24 hours as a result of very heavy rain in the region and the alps.

Winds are still blowing quite fiercly north of Mid Canterbury and motorists are advised to take care on alpine passes and exposed inland areas. Wellington and lower parts of the North Island are also experiencing hefty gusts.

Temperatures are still very high across central and eastern areas and 30 degrees is likely to be surpassed again today in normal hotspots during nor’ west conditions.

The fire risk has climbed significantly in areas from Gisborne down to North Otago as hot and dry winds evaporate any remaining moisture from plantations. There’s also a total fire ban in the Waitaki district.

Seas have cut up rough with significant swells forming across many areas as winds have picked up on waters over southern and central areas.

Sunny areas today are looking at an extreme UV index reading between 10 and 5pm and WeatherWatch.co.nz advises to slip, slop, slap and wrap if outside for an extended period.

More likely to be a wind eddy that can roll down the hills in this type of situation. Noting that it’s unlikely that CB’s with a low enough base are in the area and wind readings earlier were averageing 15kmh and gusting to 70kmh. I’ve seen it several times before mostly in the bay. More of a twisting squall than your classic tornado.
I wonder if photos will prove me wrong!