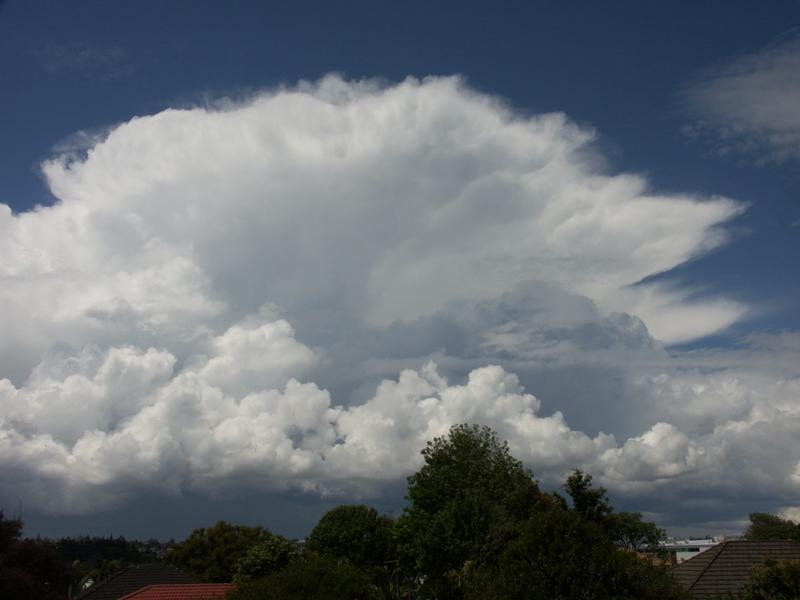 Squally showers, thunderstorms, gusty winds and brilliant sunshine have all been reported around New Zealand today.

Tracy Abbot said it was sunny in Hamilton early this afternoon.  But Keith and Carolyn London reported rain and hail at Reporoa.

Lee McMillan in Dannevirke said more “sideways rain” was falling along with some hail.

Strong winds were reported all over the North Island, from Auckland to Bay of Plenty to Pirongia to Wairarapa and Taranaki.

Overnight thunderstorms rumbled across parts of the island as well.

On the South Island, the day started a bit wet for Cantabs, but it has since dried out.  There are still a few showers being reported about the upper Mainland.  The rest of the island is seeing a mix of clouds and sun.

Gusty winds, showers and even a few thunderstorms are still possible for the North Island this afternoon and evening, especially about the lower half.