Home > News > Why will the South Island rain not prope...

Why will the South Island rain not properly cross the North Island? We answer: 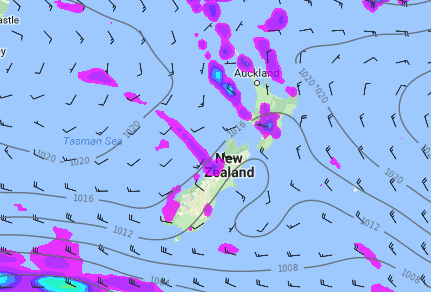 Many people are asking us how come the South Island’s West Coast is in for a drenching this weekend while forecasters say the North Island may not get much at all – despite the front moving that way.

It’s a common set up in summer, many farmers in the western North Island know very well that a rain band on the West Coast (even if associated with rain warnings) rarely fails to deliver in their regions.

So why is this?

Thx for these great updates – out of interest, why do these fronts break apart? What makes them different to those which break the coast and dump rain inland? Always looking to learn! Thanks.

Well there are actually a number of reasons:

The New Zealand Government owns three commercial forecasters now. WeatherWatch.co.nz, not part of the public sector, remains New Zealand’s only forecaster talking about potential droughts as rain makers continue to fail for those who need it the most – and we continue to react to farmers and growers all over the country who tell us they are very concerned now.

WeatherWatch.co.nz will definitely keep New Zealanders posted on potential rain makers as we go through this month and across summer – while we understand this is an especially stressful time for some farmers and growers we remain optimistic there is still enough energy around New Zealand to produce rainmakers this summer. Soon we will re-introduce “RainWatch” (a unique service exclusive to WeatherWatch.co.nz) to the NZ news media at zero charge on potential rainmakers – digging much deeper than the basic Government rain icons to help you all even further.

WeatherWatch.co.nz is now also talking weekly to the Ministry for Primary Industries (MPI) and will soon be providing more links and discussions about services to help each other out – please remember you are certainly not alone! We’re all in this together and here to help each other out.