Who was hot and who was not? 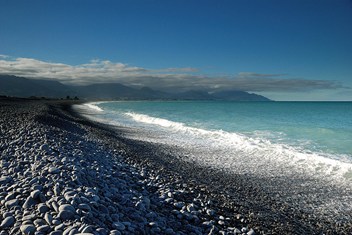 Temperatures across the country today varied considerably as did the skies above.

Rain arrived earlier than expected in many cases today but also cleared earlier in some districts as a result.

The highest temperature in the land today went to Kaikoura with 31 degrees and Hawkes Bay and Christchurch were a close second with 29 degrees.
Despite rainy skies at times the North Island saw temperatures remain well into the 20s and even though Auckland got off to a wet start the city of sails still managed a very warm 27 degrees.

Gisborne also shared a similar maximum today and despite skies not being brilliantly blue all day the temperature remainedt very pleasant.

Numerous Facebook readers mentioned breezy and wet conditions across numerous areas however not everybody had seen the wet stuff and yet others received more than a dollop but weren’t expecting much if anything at all.

The South Island was cooler along western, southern and southeastern coasts with Invercargill and Oamaru topping 19 degrees, Dunedin 17 and a cool 15 at Milford Sound.

Overnight lows across the far south could be a tad below normal and the chance of some cloud and rain again tomorrow, particularly along the West Coast.