Who on earth is SAM? And why is he leaving much of Australia high and dry? 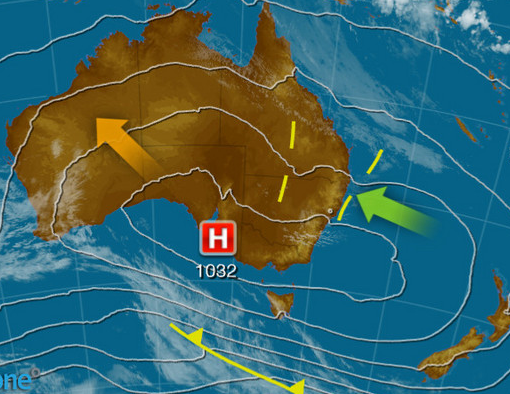 Meteorologists love their acronyms and personification, and SAM is like an old friend that you don’t talk to as often as you’d like.

Other acronyms get bandied about quite frequently, like ENSO (El Nino Southern Oscillation), MSLP (Mean Sea Level Pressure) and ECL (East Coast Low). But SAM, the Southern Annular Mode, is often forgotten about, despite his great impact on Australian weather.

The reason why SAM is so easily forgotten about is that he is so elusive. Forecasters and modellers struggle to pin him down any more than two weeks in advance (unlike ENSO). Some now think they can gauge whether SAM will be positive or negative up to a month away, but that’s still not too much help in a seasonal forecast.

But enough about how difficult it is to plan a catch up with SAM more than two weeks away. What does he do?

The Southern Annular Mode refers to the belt of westerly winds that circle Antarctica. When they contract closer to the South Pole compared to seasonal average it is a positive phase. This usually results in fewer strong fronts across the south of Australia. However, if the belt of westerlies is stronger and further away from Antarctica (and closer to Australia and South Africa, etc), then it is in a negative phase.

When we look back at the weather patterns over the past two months it is quite clear that we have been in a generally weak positive phase of the SAM. Fronts have generally been pretty weak, we have been experiencing the same day-to-day weather for weeks on end and the high pressure systems have been sitting a little further south over our nation. This is part of the reason why southern Australia has been drier than usual over the last few months and why Adelaide recorded so many cold mornings this month.

In the next two weeks SAM looks to become stronger negative, which means that the high over southern Australia is not going anywhere. Meanwhile, neither is the trough on the east coast of Australia, which looks to bring rain and showers much of next week, just like the week nearly gone.

Unfortunately, beyond the next fortnight SAM is, as always, fairly hard to pin down. However, there are indications this long-held pattern will shift, even if it’s only for a week or two.

Great article WW, love how you explain these things, never heard of SAM before so a learning curve.
Very interesting, Thank you.