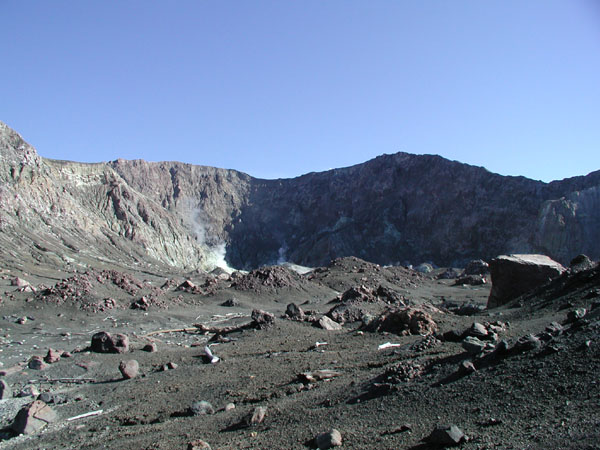 Hydrothermal activity at White Island has increased and an expert says there is “significant concern” the volcano could erupt with little or no warning.

GNS volcanologist Brad Scott visited the island – situated 48km from the Bay of Plenty coastline – and confirmed hydrothermal activity in the small “hot lake” had increased.

“The hydrothermal activity is some of the most vigorous I have seen at White Island for many years. This type of activity usually leads to stronger volcanic activity and is a significant concern,” Mr Scott said.

He said large amounts of sediment were coming to the surface, often with vivid white steam and gas “flashing” from around the base of the lake.

“Every so often stronger events happened. This activity has been increasing since late 2012 and is now semi-continuous,” he said.

The lava dome that was first observed in late November had not changed since the last observations on January 1 this year.

The state of unrest at White Island was increasing and future eruptions were possible with little or no warning, he warned.

The increased level of unrest could result in a hazard to visitors.