Where is the snow on NZ’s mountains & ski-fields? We explain (+Maps & cams)

Ski fields in both islands have little to no snow at all and overnight lows at ski fields are still well above zero.

Highs this week in the central North Island mountains will be in the mid-teens, with Whakapapa reaching 16 degrees on Friday.  Overnight lows are above zero too around Whakapapa, between 2 and 6 degrees this week. It’s a little cooler on the southern side at Turoa with highs in the low teens and overnight lows hovering between -2 and +3.

At the other end of the country, the lower South Island ski fields around Queenstown are also dealing with temperatures well above average. Highs range between 9 and 17 degrees and lows between -1 and +10.

WHY NO SNOW?
The warmer than average weather is being caused by large highs to our northeast. This position creates a sub-tropical flow over the country – with the sub-tropical air affecting the South Island mountains just as much as the upper North Island. In some cases, the Southern Alps actually get the most sub-tropical air, keeping conditions incredibly mild.

When you step back from the weather map you realise the warm sub-tropical airflow covers the NZ and Tasman areas – but further west towards Tasmania conditions are far more chaotic and Autumn-like. In fact, snow fell overnight in Tasmania to 800m – making for a chilly surprise this morning. So the snow is near New Zealand – it just can’t get to us due to the current positions of air pressure systems.

WHEN WILL IT SNOW?
That’s the billion dollar question – and we do have some news to be positive about if you’re a skier or boarder. WeatherWatch.co.nz believes the period of sub-tropical air across both islands will end on May 10th.  After this, we see a far more Autumn-like weather pattern which is dominated by windier westerlies.  While this directly doesn’t make snow, it does make it much easier for southerlies to move in – bringing potential snow.  There’s also another possible silver lining with international scientists suggesting El Nino will fade away this winter – and for New Zealand a neutral pattern makes it a little easier for southerly events.

TEMPERATURE CHANGE INCOMING
Here’s a snapshot of the midnight temperatures last night around our part of the world – compared to 14 days from now (May 18th).  Note the Tasman Sea air looking cooler as the sub-tropical air is flushed away by westerlies, showing temperatures dropping a little. 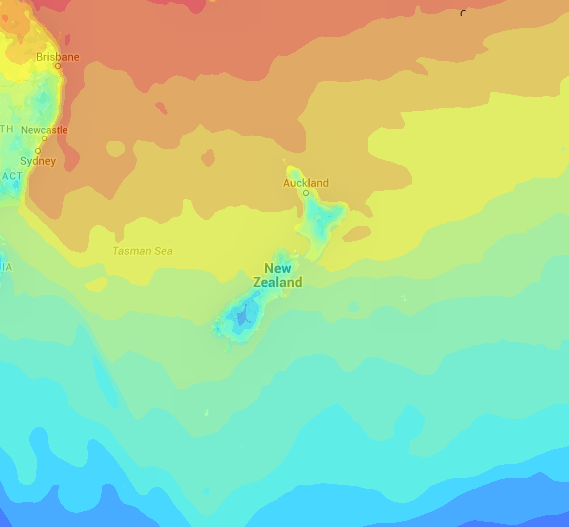 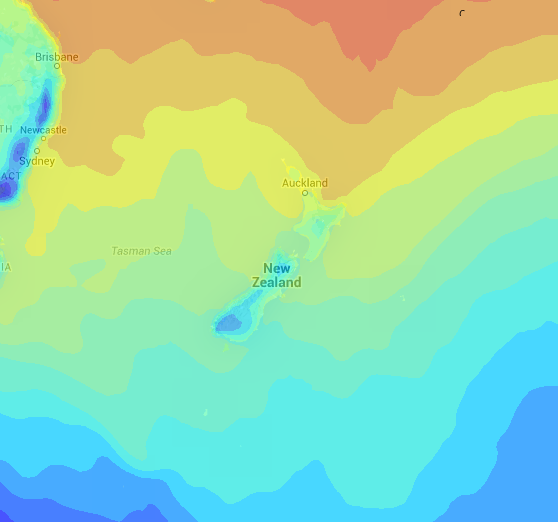 IT’S ONLY THE START OF AUTUMN!
Remember, Autumn has only just started. We’re still 7 weeks from the shortest day of the year, and just like 7 days before the longest day of the year doesn’t feel like summer, neither should May feel like winter.  The coldest months are usually June, July, August with snow extending into September and even sometimes October.  So while conditions are certainly not what skiers – and ski field operators – want to to see in May, the truly coldest weather doesn’t even kick off for another month and a half.

– Click on images for links to live cams and NZ ski websites.