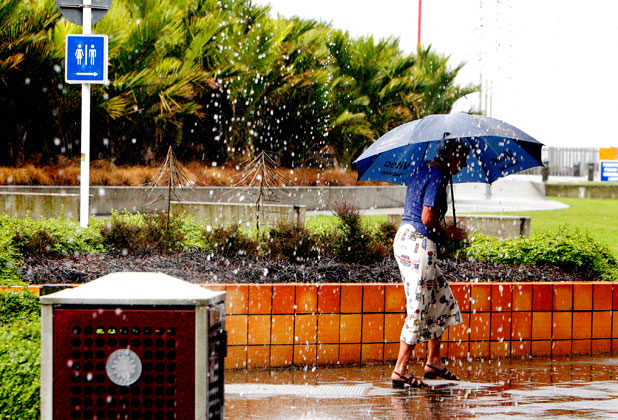 Showers over western parts of the North Island, especially Taranaki, has been a long time coming but to hear it on the roof first thing was certainly a pleasant sound.

A band or rain or a period of showers has been working its way across western parts with a few falls dotting central areas and some spillover across parts of the Hawkes Bay and Wairarapa this morning.

Before the weekend it appeared that the front would be patchy and deliver next to nothing for almost all areas but it’s picked up a gear and showers have been welcome.

Not everywhere over the north has received them but a line of showers could arrive over parts of the Waikato, Auckland and Northland.

The Mainland saw light rain near Rangiora, North Canterbury late yesterday and although it was short-lived and a rare sight, it was pleasing to see that showers did pop up.
Elsewhere it appeared much more isolated over the island and looked more menacing than what it actually delivered.

The South Island today shouldn’t see many showersat all as most of the activity is across the strait but one or two eastern areas could see a sprinkle this morning in the wake of the front.

Temperatures are near average this morning for the most part but a cooling off today over eastern and southern parts of the country is likely.