What’s happening in the tropics? 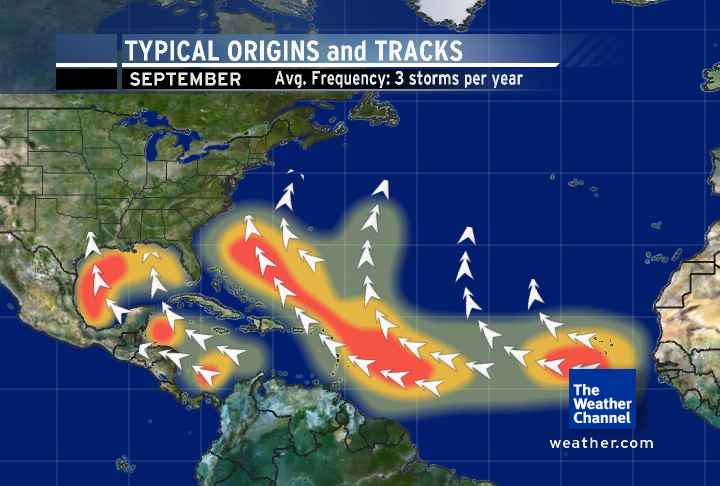 The Atlantic Hurricane season was late to form then quickly burst in to life…but almost as fast as it began, it seems to have abruptly stopped.

For several days now lows have been forming off the coast of Africa but have fizzled completely before turning into a tropical storm.

Today a new low has formed and this is more significant low in over a week – and may well become a hurricane.  However, latest computer models show it is likely to head into the mid-Atlantic well away from any land.  Looks like the wait and see game has only just started.

The clouds near the African coast are the ones to watch.  Image / weather.com