Home > News > What exactly is a high or an anticyclone...

What exactly is a high or an anticyclone? 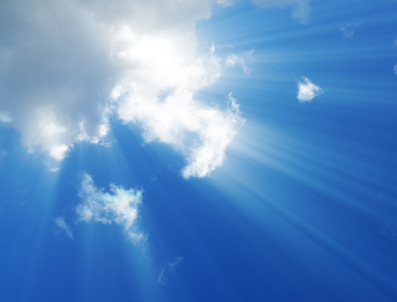 We often hear about anticyclones and in the last few months they’ve been a dominant force across the country but what exactly are they?

An anti-cyclone — also known as a high pressure area — is a large atmospheric circulation system with the wind flowing clockwise around it in the Northern Hemisphere, and counter-clockwise in the Southern Hemisphere.

The air mass cooling that results in an anticyclone forming can be caused by either conduction as the air flows over a relatively cool ocean surface, or through the loss of infrared radiation over land during the fall, winter, or spring when little sunlight is available to warm the air mass.
Interesting facts:
The strongest anticyclones occur over snow-covered portions of Asia and North America in the winter when clear, dry air masses cool from a loss of infrared radiation, while little sunlight is absorbed to offset that infrared cooling.

They don’t always deliver sunshine in this part of the world and can create low cloud and fog which can be a problem at anytime of the year but particularly winter.

One issue is that airports can become fogbound and in some cases it can last for hours or several days given the right conditions.