What are Earthquake Lights? (Video) 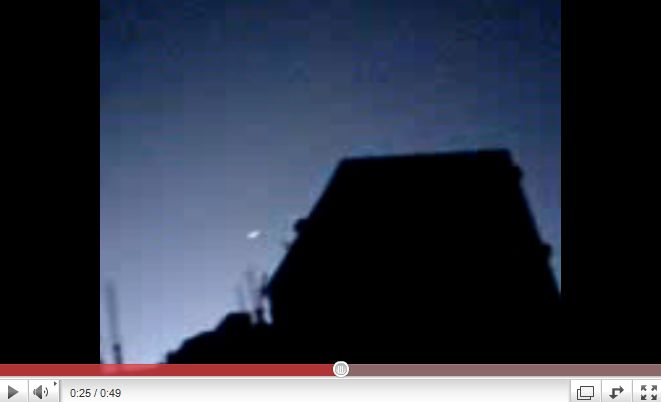 Earthquakes have long been accompanied by the appearance of “bright, luminescent, multicoloured sky glows” that can take place any time before, during, or after the seismological event.

They’ve been recorded throughout history, but modern science has only started to take them seriously since the photographs of the Matsushiro earthquake lights taken by Yutaka Yasui between 1965 and 1967

There have since been extensive observations of several events, but the phenomenon currently remains unexplained.

WeatherWatch.co.nz head weather analyst Philip Duncan reported seeing 3 or 4 large flashes of light during the Christchurch quake last Saturday.  GeoNet confirmed this phenomena and was keen to hear from others who had seen the light.

See one example below…flashing occurs around 22 seconds in…from the Peru Quake back in 2007.

This is interesting and I never have heard or read about it anywhere else. I have experienced minor earthquakes most of them at daytime, but then how is it possible to know this sudden difference in the light and all? pregnancy symptoms

I am Peruvian of the city where it happened the recording that is displayed (Lima city) my friends who live near the coast of the city , they say that when the transformers had already flown and had complete interruption of electricity in its sector but the lights on the sky continued, even over the sea. in this city never occur lightning. so discard lightning .
Fact: epicenter located on the seabed according u.s.g.s
Unfortunately there are no recordings available to confirm what they told me. I found the next video showing these lights at a great distance http://www.youtube.com/watch?v=f14pQakxXjc&feature=c4-overview&list=UU_SzaBAcUNP7dZv5Ld

I seen one of these earlier tonight and didn’t think anything of it until my partner mentioned it right after this morning’s quake. We are in Woolston and the flash appeared over the CBD way. No clouds, no sound of thunder, about 8 hours before the quake.

My daughter and I have just witnessed these tonight. After an Internet search I found this video which is exactly what we have witnessed on and off for past half hour, bizarre…….coming from west/ eastern direction over Christchurch…

Not sure if anybody else noticed the blue flashes throughout the early hours of Sunday Morning?
I saw them from about 11.30 pm through to about 6.00am.

I recall the same sort of blue flashes the week leading up to the the Sept EQ.

Another weird thing I have notc=iced is before an major EQ our TV will turn itself off for no reason at all. It did this week before the Sept EQ nad the 22nd event. It has just started doing it again!

I have also seen something similar to these flashes over the Port Hills viewing from Riccarton (possibly a SE direction viewed from my garden). I saw it occur at approximately 11:30pm on the 15-01-2012. It looked like camera flash, however it illuminated the surrounding clouds. Very unusual.

I too have seen these lights. And have seen them 3 times this week as well. I live just out of Rolleston in a rural area and the light flashes are coming from towards the West Melton / Darfield direction. These nights it hasn’t been stormy or very cloudy and it hasn’t rained and does not look like standard lightning.
This week we haven’t had any big quakes, just the standard M3, but i am concerned. Has anyone else seen these this week? Any explainations? does it mean we are going to get another big quake?

During the 5.3 in Christchurch 21/06/11, I saw a large blue light over the city in the direction of the epicentre. It was very similar to the video of Peru, yet it lasted longer (about 5 secs – without flashing) and was much closer and sharper. Did anyone else see this blue light during the 5.3?