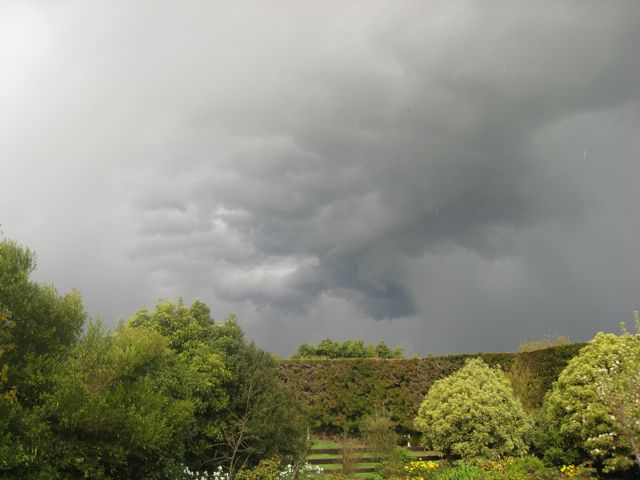 Not only did the launch of the Rugby World Cup look spectacular on Friday night but the weather also had its own fireworks over the weekend for much of the country.

A tornado touched down in Auckland yesterday, very heavy rain fell over numerous parts of the North Island, thunderstorms peppered the lightning detectors, strong wind gusts were reported in many areas but also sunny skies and warm breezes earlier in the weekend gave a hint of Spring.

It’s not out of the ordinary for this part of the world to see such extreme events over short periods of time but it does make planning for any outdoor events something of a challenge.

Today the winds turn towards the south over the Mainland and now a wintry spell is anticipated for southern and eastern areas with snow to reasonably low levels over parts of Fiordland, Southland, Otago and Canterbury.

Winds are expected to pick up over the nation as a whole during today and tomorrow and the associated windchill will make it feel considerably colder and a concern for new born lambs in exposed areas.

“After a mildish weekend for many, this short sharp southerly will feel icy cold in places and temperatures will feel below zero in the far south when the wind is taken into account” says weather analyst Richard Green.

WeatherWatch.co.nz sees western and inland regions of the South Island the first to see the clearance tomorrow but temperatures are likely to remain cold.
Frosts are expected to follow once this southerly moves out this week but another disturbance later in the week should see a number of showers return with cold winds picking up again in the south.

Its going to be another 3 months until we get regular summerlike weather though we’ll still experience days over those 3 months like friday and saturday just gone but more often as the time goes by.