Home > News > What a summer but drying out fast...

What a summer but drying out fast 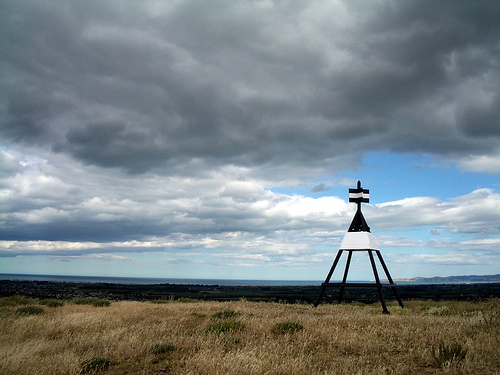 Another day and a similar scenario it seems with an anticyclone dominating our weather but there aren’t a lot of complaints  from those in urban areas however it’s a different story for those in outlying rural areas.

This summer is certainly in contrast with last summer as they’re both at the opposite ends of the spectrum.

Only the southern half of the South Island enjoyed sunshine and warm to hot temperatures particularly over the first half of the season last year whereas cloudy and showery skies with breezy conditions were often served up for the rest of New Zealand.
This summer has been quite the opposite and although western and southern parts started off on a fairly average note, much of the nation during this month has sparkled.

But like any weather element taking hold for a period of time there are always concerns.
Water reserves a fairly low in places and with water restrictions being talked about and fire bans being slolwy enforced in a few areas the situation is starting to get a little more serious.

It appears there’s no substantial rain in the immediate future and dry and breezy winds in northern and eastern areas is continuing to dry much of New Zealand out.

Even when the days aren’t overly warm evapotranspiration is occurring all the time which is basically sucking moisture from the ground, taking it to the skies but with no precipitation falling to replace it it can be a bit of a vicious cycle.

Hawke’s Bay appears to be the hardest hit and the word drought is coming to mind for some farmers.
Canterbury is also very dry and with no rain in the distant future the situation is beginning to look a little grim.
Parts of Northland and the Auckland region are dry and January across Auckland has seen very little moisture in the rain guages. 75 to 100mm of rain would be very helpful very soon to ease the situation for many districts.

So today it is more of the same with some cloud in the east possibly at first burning off during this morning otherwise mainly sunny skies for the country.
A risk of a drizzly shower in the far northeast tonight but more of a pest than anything substantial for Gisborne and Northland perhaps.

Temperatures today should be similar to yesterday and getting quite toasty this afternoon with perhaps an increase in humidity over the northern half of the North Island.

From tomorrow until the end of the week the mercury could rise even further with quite a few areas climbing to 30 degrees and possibly the mid 30s in some cases as the big heat continues.