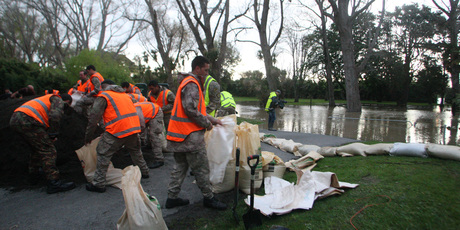 Flooded farmland in Whanganui will be inspected by the Ministry for Primary Industries this week.

As well as damage caused by the Whanganui river and its tributaries flooding, hundreds of hectares of farmland was also underwater along the Turakina and Whangaehu rivers.

Mr Shirley says it will be some time before more crops are able to be re-sown, but hopefully it will still be early enough in the season to do that.

The council will be begin to repair one of its most important flood monitoring sites which was damaged in a bad slip last week.