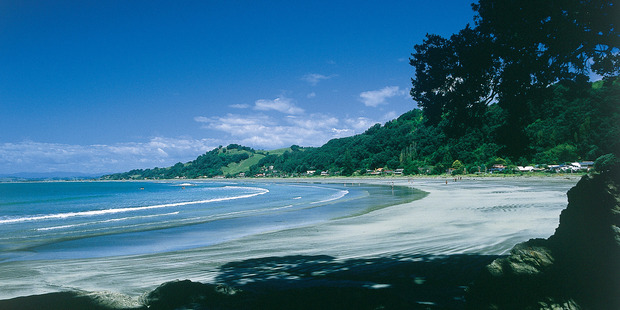 The climate summary for August, released today by the National Institute of Weather and Atmospheric Research, showed many parts of the country enjoyed a relatively dry and sunny month.

It was particularly sunny in Waikato, Southern Canterbury, Otago and the Bay of Plenty, where Tauranga received the most rays of any city.

Elsewhere, Queenstown experienced 186 hours – 155 per cent of normal – of sunshine during the month, the highest August total for this location since records began in 1930.

But Whakatane still remains the country’s sunniest centre so far this year, basking in 1793 hours of sun this year and well ahead of Tauranga (1622 hours), Nelson (1557 hours) and Lake Tekapo (1554 hours).

The Eastern Bay of Plenty town was the country’s sunniest spot last year, 2792 sunshine hours, ahead of New Plymouth (2668 hours) and Gisborne (2483 hours).

The summary also showed that of the six main centres in August, Auckland was the warmest, wettest and cloudiest, and Christchurch was the coolest and driest.

Christchurch also recorded the highest temperature of the month, with a reading of 23.6C taken at Riccarton on August 2.

At the extreme opposite of the thermometer, a record low of minus 7 was observed at Middlemarch, Otago, two days later.

On that same day, the highest level of rainfall in a single day occurred at Tologa Bay – a total of 157.2mm.

The report described the month as being characterised by “anomalously high pressure” south of Australia extending over and around New Zealand, which brought about strong southwesterly flow anomalies to the country.

Rainfall during August was highly variable across the country, while dry conditions prevailed in the Waikato, Bay of Plenty, and the north of the West Coast, which received below normal levels of rainfall.

Conditions were even drier in Tasman, Nelson, Marlborough and coastal Canterbury where rainfall levels were considered “well below normal”, or below 50 per cent of normal.

As a result, several sites in these regions experienced near-record low rainfall totals for the month.

Nationwide, only a handful of stations reported above average mean temperatures for August.

The nationwide average temperature in August was 8.7C, only 0.1C above the 1971-2000 August average from Niwa’s seven station temperature series which drew on records stretching back to 1909.

The highest temperature was 23.6C, observed at Christchurch (Riccarton) on August 2.

The lowest temperature was -7C, observed at Middlemarch, Otago, on August 4.

The highest one-day rainfall was 157.2 mm, recorded at Tolaga Bay on August 4

The highest wind gust was 189 km/hr, observed at Cape Turnagain on August 8.