Home > News > Wettest weekend of the year to hit...

Wettest weekend of the year to hit 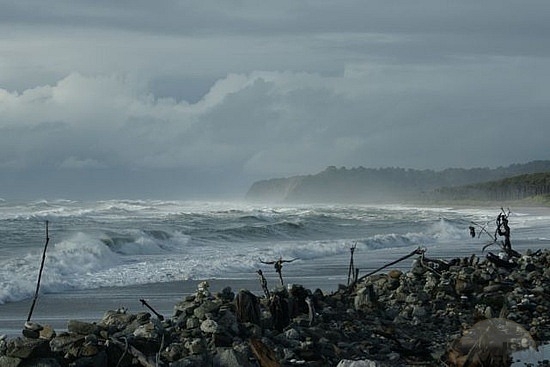 Conditions are set to deteriorate for most of the country during today and the weekend as an incoming low delivers quite a punch.

Rain with a line of possible thunderstorms and blustery winds are set to roll across western and northern regions late today, tonight and tomorrow morning.WeatherWatch puts the risk of thunder in the moderate category at this stage.

Most of the country will see conditions start to go downhill throughout today but the good news for those in need of a decent drenching is that it appears to be the wettest weekend of 2013.

We have to go back to late last year since we’ve seen such a potentially damp couple of days through a weekend.

“Yesterday we asked our readers if they’d like more rain or if they’d had enough this week but overwhelmingly the response was more please” says weather analyst Richard Green” and this weekend they will probably get what they’re after”.

WeatherWatch sees a chance of heavy falls over northern areas of both islands however only lighter falls across southern areas of the Mainland are anticipated as the engine room of the low is further north.

“It seems an age since we’ve had a weekend quite like this covering the country” says head weather analyst Philip Duncan.” Even though we’re not counting our chickens just yet, the potential for reasonable rainfall is there”.

Next week also sees patchy to persistent rain for the early stages however a high should then move across with a dry spell to finish the first week of the school holidays.

“it’s a shame the unsettled weather conincides with weekend sport and the start of the school holidays but the bigger picture is we still have drought areas needing solid rain over a period of time” says weather analyst Aaron Wilkinson. “As long as it’s not too heavy it should bring quite a smile to a number of farmer’s faces”.

Yesterday temperatures up and down the country were varied.
Warm to very warm conditions over northern parts with low to mid twenties topped and yet cold to very cold temperatures over southern and eastern districts of the South Island reigned.
Inland Canterbury struggled to top double figures but eventually got there under heavily clouded skies.

Today and the weekend should see a similar set up in regards to temperatures but winds will be more persistent and uniform across many areas.

How bad will the wind get if the thunderstorms come to Auckland?