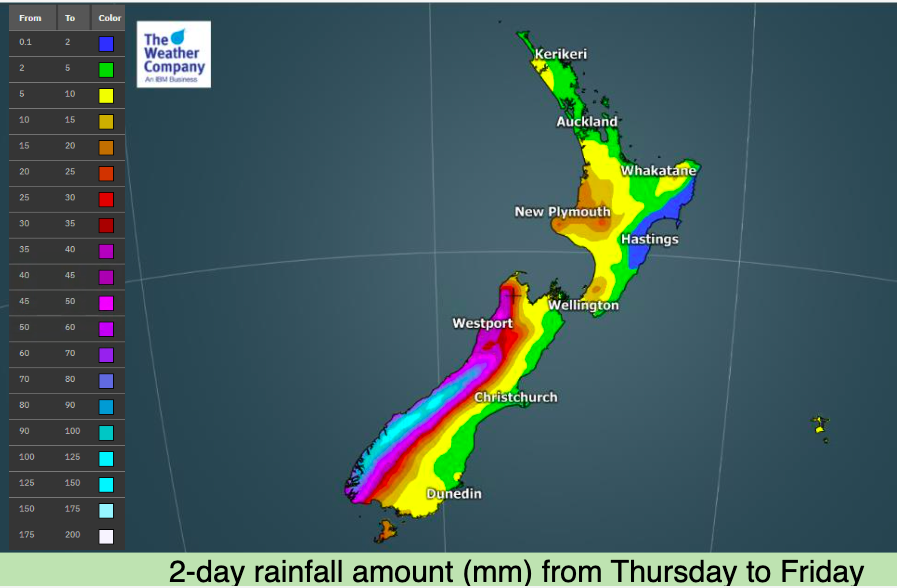 More heavy rain and snow are on the way for parts of New Zealand, especially the western half of the South Island.

The eastern and northern sides of NZ look fairly dry with only a few showers and low accumulation overall.

The West Coast has two bursts of rain this week and again at the weekend. The combined accumulation looks to be over 200mm in some areas, but in the places we most expect it – ie, Fiordland and the southern half of Westland.

The Nelson Ranges and Westport area do get clipped by some of this rain, but it’s basically within the margins of ‘normal’ weather. However those impacted by slips and floods recently should monitor local rainfall totals via RuralWeather.co.nz and WeatherWatch.co.nz (our rainfall totals are hyper-local to your area and are generated by IBM Watson, the most accurate rain forecaster in NZ).

Colder air will also see rain turn to snow in the mountains with heavy falls and up to one metre of snow possible between now and midnight Sunday.