Wet spell starts to move in 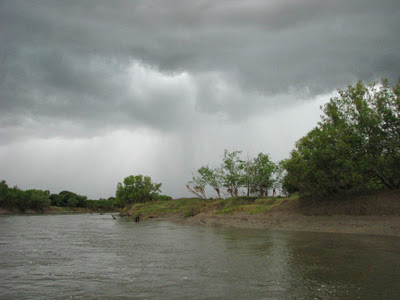 Clouds are building and rain is starting to make an appearance and much of the nation should have seen a fair dollop of it by midnight tonight.

A cloud band is moving in from the Tasman Sea and is expected to be around New Zealand for much of the week.
Rain with heavy downpours and thunderstorms along with strong winds are likely to be the main ingredient later today and tomorrow, especially in northern and western regions.

The Far North, Bay of Plenty, Nelson and areas vulnerable to the moisture laden nor’ easter are likely to cop the most rain this week but heavier falls of rain are likely to be interspersed with showery periods.

Even though rain may move in briefly into eastern areas, tomorrow’s temperatures could be in the low to mid 20s as the cloud and rain gives way to warmer sunshine and milder northerly winds.

The southerly over the weekend saw temperatures drop in eastern areas with showery conditions however most of that had disappeared yesterday with clear skies breaking through although the air remained very cool in places.
Elsewhere conditions remained generally dry during the weekend apart from an isolated shower with temperatures near normal for October although a little cool initially.

The first week of the holidays will be soggy for some although much of the country should see temperatures about average or above as the winds blow in from the north.