Wet and windy weekend in Sydney 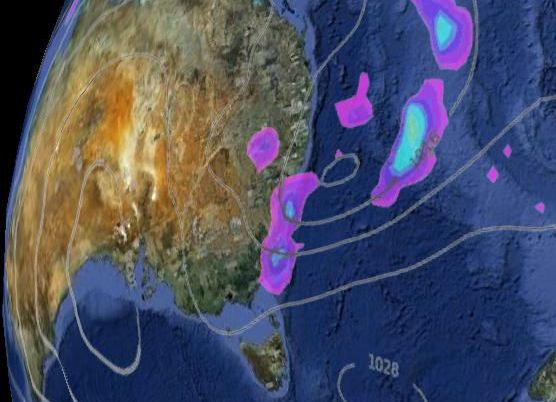 A low pressure system will drive heavy rain and strong winds into Sydney this weekend, the fourth offshore low of the year to affect the city.

As the trough moves offshore today, it will drag a colder airmass over the warm waters of the Tasman Sea. These sea surface temperatures have been running a few degrees above normal over the course of this year, which has been the leading cause for the increased number of coastal lows.

A low will develop offshore today and deepen during the weekend. This particular system is not expected to bring such heavy rain that we experienced in July, but will still create a soggy, windy and cool weekend.

Sydney’s eastern suburbs can expect around 20-40mm of rain from Friday to Sunday, while areas of the Central Coast could receive up to 50mm. Winds will also be strong, potentially reaching gusts of 80km/h along the coastal fringe.

I saw this weather pattern about a week ago on your link to the animated forecast. It’s great how you can forecast so far out and be accurate, normally. Aussie is lucky it is warmer than us otherwise they would have had cronic weather. Adelaide and Melbourne seemed to escape the worst; left it all for Sydney!