Home > News > Wet and warm as winter dawns for much of...

Wet and warm as winter dawns for much of NZ 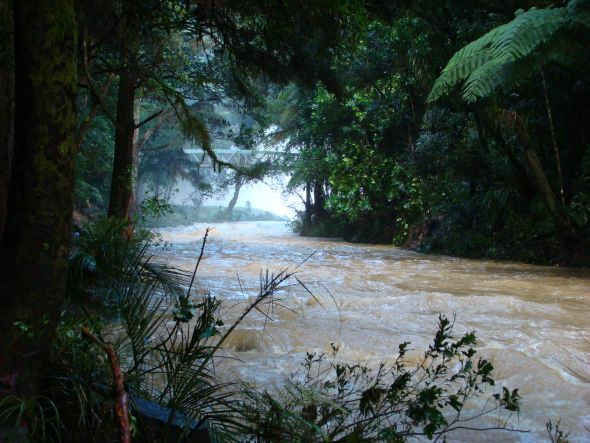 Warmer, wetter, wilder that’s the forecast as the days get shorter and New Zealand heads into winter.

Niwa’s seasonal outlook shows temperatures and rainfall are likely to be above average for much of the country until June.

The North Island has already had a taste of the damp, with March rainfalls more than 50 per cent higher than usual.

And, with the end of daylight saving last week, the country also had its first taste of the dark as workers headed home in the wintry dusk.

Whakatane maize farmer Colin MacKinnon has been struggling to harvest his crop after 40mm of rain fell last weekend, following on from 120mm the previous week.

“We’ve only got a short window at harvest time and, to be economical, we have to load the maize straight on to the truck,” he said.

But this season, muddy conditions meant tractors had to be used to stockpile the maize, before it was loaded by diggers. “It costs $30 extra per tonne and margins are already skinny.”

WeatherWatch.co.nz forecaster Philip Duncan said last month had shown typical La Nina characteristics, with long dry spells and short dramatic downpours – some producing more than a month’s worth of rain in a day.

The “classic autumn” conditions would remain through the next month or two, he said, but April would offer more extremes.

There was likely to be an increase in activity next week in the tropics north of New Zealand and Duncan said the country would be at an elevated risk of cyclones until the end of April.

The north would continue to enjoy an Indian summer, with temperatures in the mid- to low-20s as late as May.

Niwa’s seasonal outlook shows temperatures are likely to be above average in all areas except the east of the South Island.

Rainfall is expected to be normal or above in the north and east of the North Island, normal or below in the east of the South Island and near normal everywhere else.

– By Andrea Heuber, Herald on Sunday

What about Dunedin/Otago/South of South Island or are we still part of the hard basket – to be avoided at all costs?