Home > News > Wet and cold weekend for some of Austral...

Wet and cold weekend for some of Australia 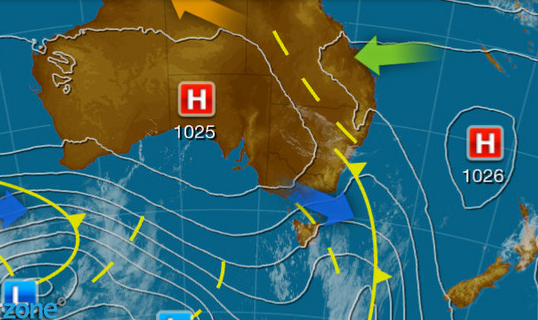 More winter showers are forecast for parts of southern Australia over the weekend, in addition to the already cold temperatures expected.

A low pressure system with its associated cold front and trough are moving over the southern parts of Australia this weekend, resulting in light showers stretching from Western Australia down towards Tasmania.

Already Tasmania has experienced decent rain ahead of this system, with up to 20mm in parts of Tasmania and Victoria, and the heaviest rain in 8 months for Launceston at 24mm. It also brought the heaviest July rain in 4 years to Cape Nelson, at 21mm.

More snow has been forecast for both the alps and Tasmania as the system moves in. Places like Launceston are expected to receive around 10mm over the weekend. However, parts of the western coast of Australia will likely have fairly high rainfall, with Bunbury expecting up to 40mm during the week.

Most of the rain appears to be focused around the coast, leaving most of northern Victoria and NSW dry, if very cold.