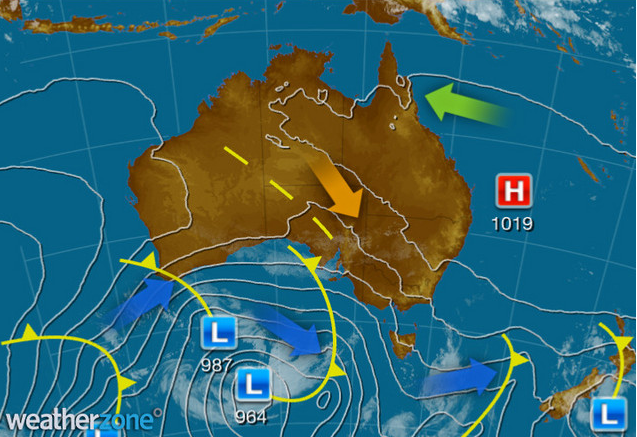 Southwestern districts of WA have once again been lashed by severe weather during the last 24 hours.

Similar winds have occurred this morning, with gusts reaching 100km/h at Cape Naturaliste and 96km/h at Busselton Jetty.

This is the latest in a series of fronts that have affected WA’s South West Land Division in recent weeks.

While cold fronts are typical during winter, today’s system was particularly strong and the recent spate of frontal activity has brought more rain than than usual for this time of year in some areas.

As of 9am today, Dwellingup (226mm), Jarrahwood (192mm) and Jandakot (133mm) had already exceeded their monthly average rainfall for August. Perth’s 116mm so far this month is not far from the long-term August average of 133mm.

Showers and blustery winds will continue over the southwest of WA into this evening as a pool of cold air moves over the region behind the front.

Tuesday will calmer, although another front will bring a burst of wind and showers on Wednesday. This system will be weaker than today’s front and any severe weather is likely to be limited to the state’s far southwest and south coast.