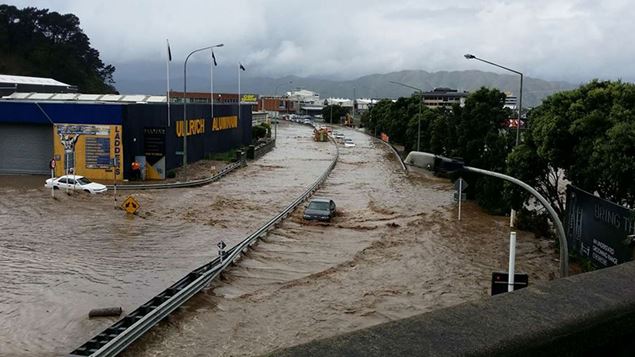 Contractors and council staff have been working all weekend to clean up after Thursday’s downpours.

“We’re also lucky too that so many community people have pitched in. I know that all our contractors, Goodmans and so on, really pitched in – they had 50 people out there working Friday and Saturday of their own just to help out with the clean up in the district.”

Church says meetings will be held this week to start looking at how the council responded to the deluge.

“We will be looking at a debrief, if you like, internally in Kapiti and also we will do a debrief with the Wellington Regional Emergency Management Office to make sure that as a region we cope well and to make sure that anything that needs to be put in place for the future, will be.”

Church says the full cost of the damage won’t be known for weeks.

Meanwhile, residents in flood hit parts of Wellington are being thanked for how they banded together.

WREMO group controller Bruce Pepperell says he was delighted to see a lot of people made their own arrangements.

“But nature can be particularly cruel and it’s amazing what a little bit of wind and water can do and no amount of infrastructure will ever cope with the sort of ferocity of what nature can dish up.”

Pepperell says there were no takers for welfare centres, which shows a lot of people helped others out.