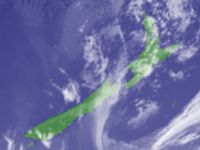 A large number of New Zealanders will be enjoying a three day weekend with Wellington this weekend and Auckland next weekend celebrating their respective anniversary holidays – but what will the weather be like?

Wellington Anniversary Weekend – Jan 23
The weekend is likely to be a bit windy from the north west, especially on Sunday but mostly dry to begin with.  For the public holiday on Monday itself the forecast isn’t great for Wellington with a strong southerly, potentially gale at times and a high of 15 degrees and a feels like temperature in exposed places closer to 12 degrees.

Showers will ease as the day goes on with winds easing later in the day.  Drier and calmer weather will be across the ranges in Manawatu but Wanganui may see an early shower with that southerly.

Auckland Anniversary – Jan 30
Still a long way out so the models may change shape a bit before then, but the setup at this early stage, according to WeatherWatch.co.nz, is for a large high to cross the North Island bringing mostly settled weather to begin with.  Chance of shower around Central Plateau over the weekend.

For the Monday a strengthening east to south east wind may lift the chance of a shower but it’s still very much early days here – so we’ll update again in a few days time.

Hey, Nelson has an anniversary coming up. Nice you mentioned Wellington, but try to be a NZ-wide website more often. I know Auckland is important to Aucklanders, but NZ is important to the rest of us.

Was hoping for fine weather for the Tga Airshow 😀