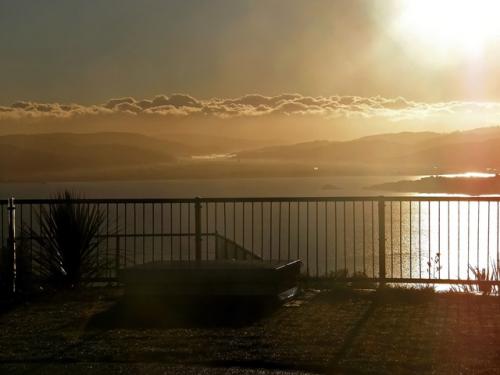 It’s Wellington Anniversary Weekend this weekend and the weather looks…well…not perfect, at least not to begin with.

WeatherWatch.co.nz predicts a low with sub-tropical connections will drift down the east coast of the North Island over Saturday and Sunday and push up against a strong high in the Southern Ocean.

The resulting squash zone of air pressure will drive in strong east to south east winds across the lower North Island and upper South Island.

In Wellington WeatherWatch.co.nz predicts the highs will be down several degrees on this week, reaching around 18 on Saturday and climbing into the low 20s for Sunday and Monday.  Despite the high humidity making a return the lower air temperatures mean it won’t be as noticeable.

On Monday sunnier skies should move in with winds easing and highs climbing into the low to mid 20s across the lower North Island and mid to late 20s elsewhere in the holiday region.

There’s also a chance of drizzle across Saturday and Sunday.  WeatherWatch.co.nz says that humid south easterlies can sometimes cause problems at Wellington airport and advises air-travellers to check with the airlines in case of any low cloud or fog related delays.

WeatherWatch.co.nz says the further west you are, the better the weather, with Nelson and Manawatu in a better position for drier, hotter, conditions.