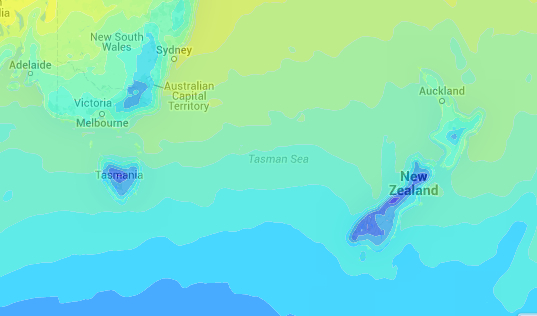 The cold, rough weather hitting some parts of the country today will continue into the weekend proper, bringing rain and snow flurries to parts of both islands.

At this point, Saturday is looking like the coldest day of the week (look at all the dark blue on the temperature map) – especially in Southland and Otago, where some places can expect snow as low as 100-200m in the early part of the day, though this should clear towards Saturday evening.

For the rest of the South Island, while temperatures will be cold, any showers will mostly affect coastal fringes now and then like Banks Peninsula in the east, and Greymouth northwards in the west. With any showers about the upper South Island a few snow flurries to 400m is possible with some small hail.

The North Island can expect showers for most regions easing Saturday evening, the Bay Of Plenty and Hawkes Bay northwards in the east see sunny areas and increasing cloud, then showers move in mid-afternoon before clearing later on. The hills and ranges of the lower North Island, particularly the Central Plateau, can expect some snow down to about 500m.

is tomorrow more likely for lower level snow (1-200 m) then today? Already have had several snow showers throughout today at 150m in Southland

The air is modeled to be colder tomorrow so yes we figure it is more likely to be at lower levels overnight / tomorrow.

Must certainly be cold there today though to get snow to that level.

Thank you !!certainly has been, high of around 7 in gore today. We mostly had sleet with the odd snow shower in the mix