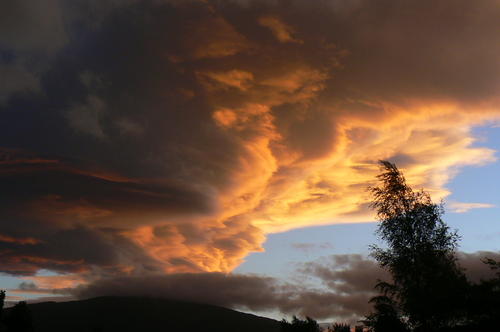 Another typically spring-like weekend with a complete variety of weather across New Zealand says WeatherWatch.co.nz.

The country is broken up into several pieces weatherwise, with rain, drizzle and showers for parts of the South Island on Saturday, shifting into the North Island on Sunday as a low moves in from the Tasman Sea.

Saturday in the North Island will be warm with winds coming in from the notherly quarter. A few showers are possible in the west, otherwise dry.

The South Island on Saturday sees rain moving north up the West Coast and just a few drizzly showers elsewhere – with sunny spells increasing as winds change to cooler sou’westers.

On Sunday the South Island is mostly dry – but rain is possible around Nelson and Marlborough as the low in the Tasman finally moves into the North Island. It’s a bit 50/50 for the upper South Island on Sunday though – a forecast that might change a bit over the next day.

This incoming low means Sunday for the North Island will be wet first thing.  For nothern New Zealand the rain should clear fairly early – leaving increasing sunny spells and a warm afternoon with isolated showers.

Early next week all eyes will be on the sub-tropics just north of Bay of Plenty and Gisborne.  A low is expected to drop south towards the upper North Island – but modelling all week suggests it may well stall then fall apart before it reaches New Zealand, however it is close enough to be ‘one to watch’.

The maps show a system with tightly packed isobars dragging air up from down south, arriving next Friday. A long way off I know, but what are your predictions for that?

Predictions? “Pain”… Apologies, Clubber Lang reference from Rocky III. On to the weather…….

A bit far away to come up with anything definative at this stage but suffice to say it looks chilly! I don’t see anything in there too concerning although places like Southland and Otago will most likely bear the brunt of a system like this and could see some snow to lowish levels for this time of year.

We’ll have to give it a little more time till we can say what may or may not happen yet but it does look cold indeed.