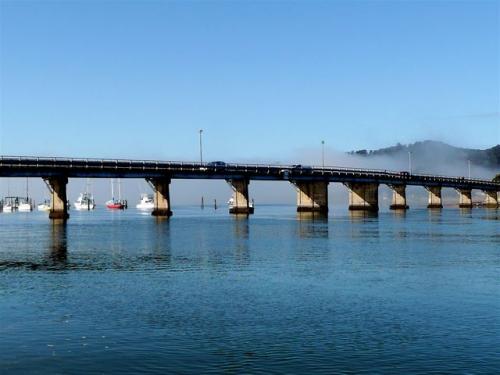 The weather across New Zealand this weekend is looking mostly settled despite two fairly nasty systems to the north and south.

A large high – which is currently over New Zealand – will slowly start to depart our skies to the east over the weekend, but will continue to keep higher pressure over the country, allowing for mostly dry weather.

But a developing low north of the country will see easterlies and clouds increasing on Sunday over the upper North Island.  Rain chances are still less than 30% (for both days) and conditions are expected to be warm.

WeatherWatch.co.nz says at the same time on Sunday an active front from Australia will push into the lower south west corner of the South Island – mainly for the West Coast – and will drive in a period of heavy rain.

In central New Zealand winds will build on Sunday and become brisk in exposed places as that high starts to depart – but it likely be mild and dry.

A question mark remains over this sub-tropical low according to WeatherWatch.co.nz forecasters – most models are picking it will create torrential rain, but most also show that rain falling just off the east coast of Auckland and Northland.  It remains one to watch.

Temperatures right across the country should – for the most part – reach the low to even late 20s this weekend with overnight lows in the north moving back towards the upper teens on Sunday and Monday.

WeatherWatch.co.nz predicts some places may have their hottest weekend since summer.