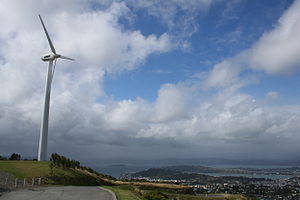 It’s not often we get two days in a row of temperatures in the mid thirties especially during the weekend.

Saturday southerners melted as tempertures went sky high over many centres and unofficially the mercury was closing in on 40 degrees in some sheltered areas.Dunedin airport was near a record high with a maximum of 34 degrees. Nearby Mosgiel was 35 and Hanmer Springs further north also chimed in with 35 degrees.

Yesterday it was the South Isand again that stole the show with Murchison clocking up 34 degrees but this time across the Strait thermometers were also working overtime.
Not for the first time this summer New Plymouth topped 30 degrees and yesterday and recorded 31.Masterton also shared the same figure and the main centres of the North Island were also close to the 30 degree figure.

“It was very hot across so many areas on either day or both days and it doesn’t like it’ll be the last time with temperatures well into the thirties this summer” according to weather analyst Richard Green.
“There are signs that once more that heat will drift across from Australia again as our neighbours are standing by for some stations to hit 50 degrees”.

Today and temperatures aren’t expected to be as high as the weekend but still comfortable in most places.
Welcome rain fell over the Gisborne and Hawkes Bay regions yesterday with Gisborne city uncharacteristically cool with 19 degrees and today doesn’t appear overly warm.

Winds will be blustery over quite a few districts across the upper half of the North Island whereas Mainlanders are likely to see a cooler southerly spreading north slowly and possibly bringing  some showers to both western and eastern coasts at some point.

The week ahead looks a little changeable as an incoming depression moves in from the Tasman sea with rain moving into western districts however not as potent as last week with a brief heavy burst of rain before skies clear.

Winds will also pick up from the nor’ west which should see temperatures rise over eastern areas for a time before a cooler southerly change brings it closer to normal.