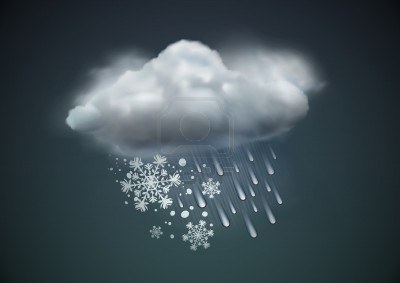 It might be a few days away until we hit the weekend but a southerly surge looks set to bring a wintry outbreak to southern and eastern parts of New Zealand.

Temperatures are set to plummet, icy winds are set to blow and white stuff is about to lower rapidly about the hills.

Southland could bear the brunt of the initial onslaught with wintry showers containing a mix of rain, hail and sleet which could drive in late on Friday night and Saturday morning before winding its way north.

“This potentially looks to be the first wintry snap for two thirds of the country and will give us an indication and a reminder of what winter can bring” says weather analyst Richard Green. “The wind chill could be a concern for farmers but with plenty of warning it shouldn’t be an issue”.

“The fact that it’s been so warm for much of the country lately could make this change a little difficult to stomach” according to head weather analyst Philip Duncan.”It won’t be so nippy across the north but still a sharp drop in temperature is on the cards this weekend with mixed weather conditions”.

WeatherWatch believes some harsh frosts could kick in once the showers and winds fade away.This southerly outbreak doesn’t look particularly long but the cold will certainly be a significant factor.

Today sees a milder form of a southerly working its way up the South Island with a risk of showers but temperatures are still likely to fall up to 8-10 degrees colder than what has taken place over the last 3 or 4 days.

North Islanders won’t see the cool switch flicked in its entirety until tonight and tomorrow but perhaps won’t be quite so chilly compared to their southern neighbours.

Another front is expected to skirt up the country on Thursday and early Friday with another round of showers but it won’t be until the weekend when the real wintry bite takes hold.

Just a quick question, are we to expect snow in the Queenstown township?

We believe it will be a marginal call and the air temp looks chilly enough and it will depend on the amount of precipitation.