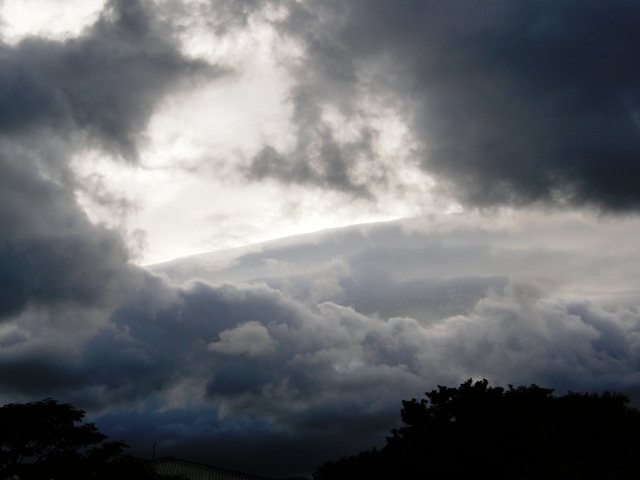 The week long high that has brought frosts and blue skies to many is now clearing New Zealand.

On the satellite map the high can still be clearly seen over the North Island’s east coast5 and out over the Pacific Ocean covering the Chathams.  Surrounding the high is a developing low to the north – which at this stage doesn’t look to be such a big threat to NZ – plus a large front moving into the west from the Tasman Sea.

Cloudy skies are covering much of the country with high cloud in the South Island’s east coast and low cloud over Auckland and northern New Zealand.

Winds around exposed parts of Southland and Stewart Island are high, with gusts to 115km/h in exposed places.  Invercargill, however, is calm with mostly light winds.