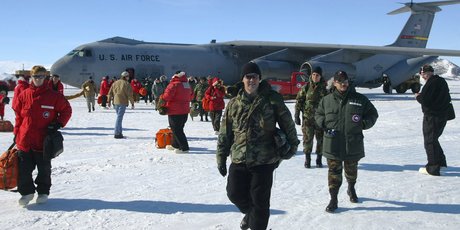 It’s been a heck of a weather week both around the world and here at home – with wet, wild and windy the theme in many places!

We’ll start in China, where the deadly Typhoon Fitow struck the country’s Southeast coast with fury on Monday, killing at least 5 people and displacing millions more. The Typhoon packed winds of up to 200km/h at times, and some regions saw up to 30 cm of rain in 24 hours. Fitow had affected more than three million people in eight Zhejiang cities as of Monday, and caused economic damage of 2.28 billion yuan, Xinhua said, citing the provincial flood control office.

Australia is facing a different kind of weather danger, with temperatures soaring past 40 degrees in some parts of Queensland and New South Wales. A hot air mass has been building over northern Australia for a number of weeks under clear skies, aided by warm sea surface temperatures surrounding the continent, while hot, dry and gusty northwesterly winds across New South Wales are causing dangerous fire conditions and potential record October heat.

From the extreme heat to the extreme cold, and kiwis based in Antarctica will be pleased to hear some reassuring words from the USA – as they pull out of the continent following the US Government shutdown. Associate director of the International Centre for Terrestrial Antarctic Research at Waikato University, Dr Charles Lee said if the air link between Christchurch and Antarctica is shut down, it could effectively shut down joint research operations on the continent. “The airlift operation is very much a joint operation between the American Military and the New Zealand Air Force,” Dr Lee told Radio New Zealand. Thankfully though, Antarctica New Zealand’s operations manager, Graeme Ayres, believed the air link would not be shut down. “We’ve been assured by the United States Antarctic Programme that the air link will continue,” he said.

A little further north, and Canterbury residents were asked in one of our articles to report any snowfalls in their neighbourhood on Tuesday, after reports showed heavy falls near Mt Hutt and some snowfalls down to 150m in many areas. Check out their feedback, here.

And further north still, residents of the North Shore suburb of Devonport were blown around on Tuesday, with homes, fences and trees all damaged in the short but violent squall. A handful of properties were still without power on Wednesday morning, down from 600 at the height of the event. The wind struck just after 6pm and most of the damage appeared to have been confined to the area east of the Waitemata Golf Club. Auckland Civil Defence controller Clive Manly says contractors were out clearing loose debris, through the night and into the next day. “There was gale-force winds forecast for the night so we wanted to make sure that the big stuff that had been [blown down] – branches and stuff – weren’t going to blow around.”

Whew! Not much room for any good news stories this week – it seems like this Spring is shaping up to be one of the busiest in recent history. Let us know what the week was like at your place, in the comments below.