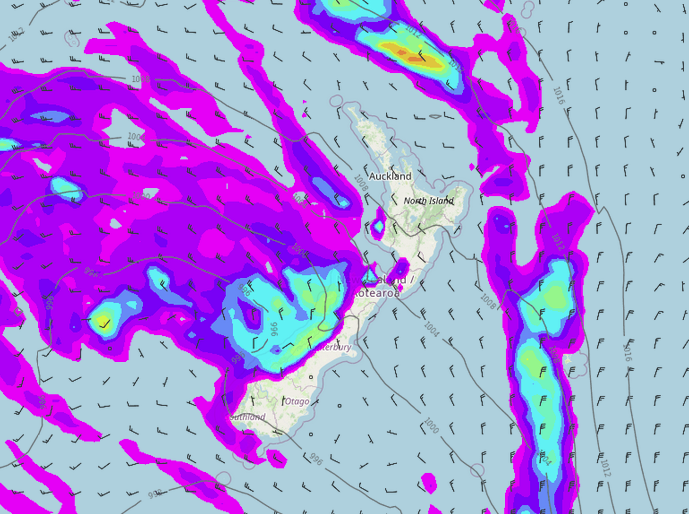 A northwesterly airflow brings rain or showers to western regions today, thunderstorms at times for the West Coast. In the east is drier and sunnier with warm temperatures.

Marlborough & Nelson
Partly cloudy for Nelson and the Sounds with the odd spit or shower spreading from the west, Marlborough is mostly sunny. Breezy north to northwesterly winds.
Highs: 15-17

Canterbury
Sun and some high cloud, rain up in the high country spreading from the west. North to northwesterly winds.
Highs: 10-18