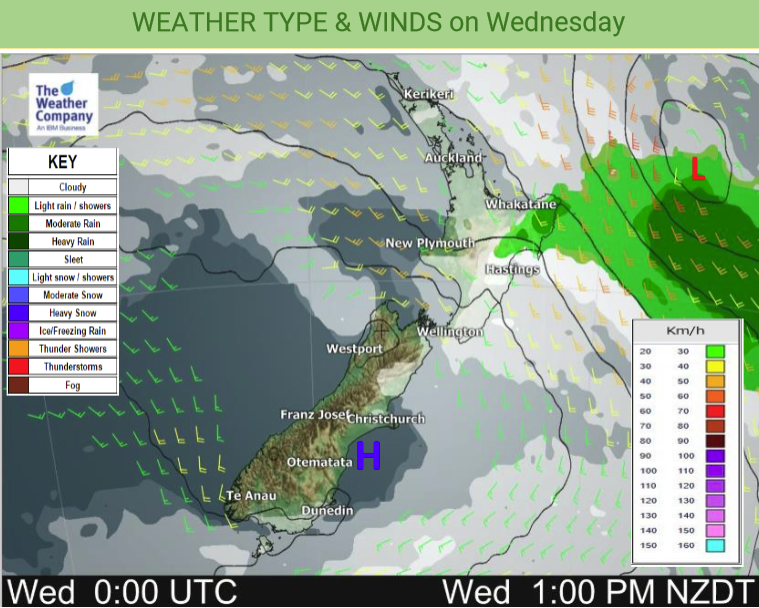 A ridge of high pressure brings settled weather to the South Island today, southeasterlies flow over the North Island.

Most regions are dry today apart from the eastern North Island.

South to southeasterly winds about the outer Marlborough Sounds, southern Taranaki and East Cape may be brisk or strong then easing later in the day.

Eastern North Island
Showers, clearing about Wairarapa in the afternoon. Rain for Hawkes Bay and Gisborne in the morning then easing. Breezy south to southeasterly winds, perhaps strong about some coastal areas, gale at times for East Cape, easing later in the day or overnight.
Highs: 16-19

Marlborough & Nelson
Any morning cloud clears then sunny, southerlies tend easterly in the afternoon for Marlborough. Afternoon northerlies for Nelson. Southeasterlies stay blustery through Cook Strait / about the outer Sounds for much of the day, easing overnight.
Highs: 18-20