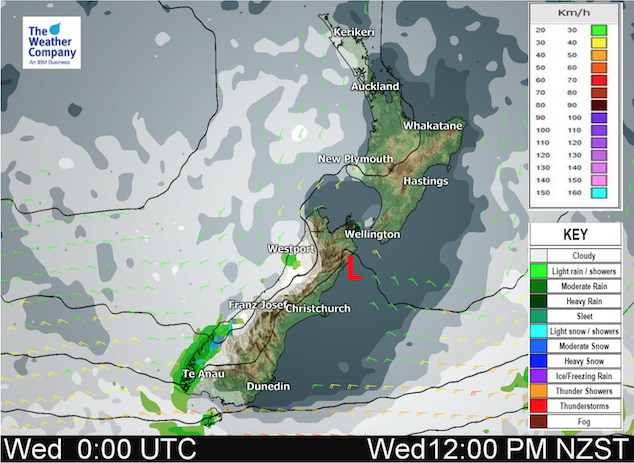 Northland, Auckland, Waikato & Bay Of Plenty
Some cloud for Northland and Auckland, risk of a shower (morning for Auckland then the rest of the day for Northland). Winds from the south to southwest. The Waikato and Bay Of Plenty is mostly sunny, chance of some early mist or fog about inland areas, light winds.
Highs: 13-16

Western North Island (including Central North Island)
Mostly sunny then a few clouds from afternoon, a chance of early mist or fog about inland areas. Light north to northwesterly winds for most however expect southwesterlies for Taranaki.
Highs: 12-16

Southland & Otago
A mix of sun and cloud about Southland, northwesterly winds. Otago has sunny skies with light north to northwest winds.
Highs: 12-14

theres a mistake. it says L for low instead of H for high pressure.

ok thanks. on the 20th your rain forecaster is showing something intresting. been a less active start of june so far.